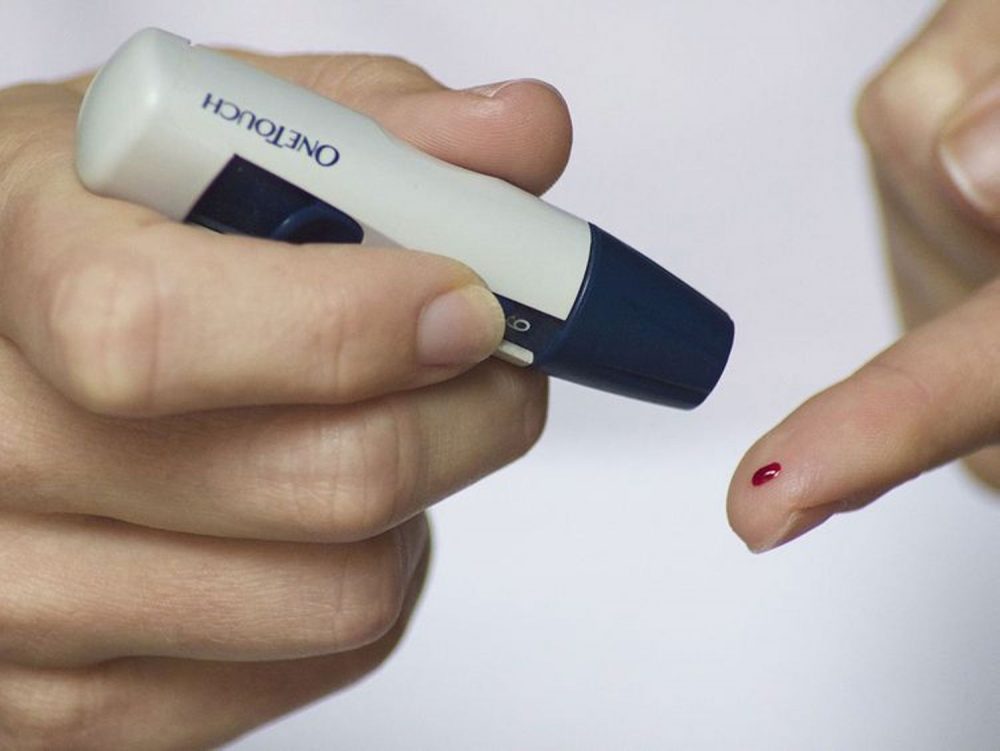 Diabetes kills at least three times more people each year compared to COVID. Another grim fact: Among the reported COVID deaths, at least 40% were diabetics. The disease is usually recorded as a COVID-19 “comorbidity”. So this is a really bad time to be a diabetic. But first, we need to understand what causes diabetes, and its knock-on effects on the body, and on society.

The numbers are staggering: Every eight seconds, someone dies of diabetes somewhere in the world. Diabetes killed 4.2 million people in 2019, at least thrice more than deaths from COVID.

It is believed that 425 million people worldwide are living with the chronic condition, including nearly one in five adults in Africa. Diabetes is dubbed as the “silent pandemic”.

Every year, it poses as challenge for health authorities as its impacts individuals of all ages, causing debilitating impairments. By 2045 the worldwide numbers will rise to 629 million, according to the estimates from the International Diabetes Society.

There are two types of diabetes: Type 1 and 2.
• Type 1 diabetes mellitus (T1DM), also known as autoimmune diabetes, a chronic disease characterized by insulin deficiency due to pancreatic β-cell loss, which leads to hyperglycaemia (too much glucose circulating in the blood). This type accounts for 5.6% of diabetes cases.

• Type 2 diabetes mellitus (T2DM) is much more widespread, accounting for 91.2 % of those diagnosed with the disease.

Yet Type 2 diabetes, that affects the majority of adults with the disease (only 10% are estimated to have Type 1 diabetes), is described as “preventable” in nearly half of all cases. Yet the proportion of people with type 2 diabetes is increasing in most countries.

CHRONIC DISEASE
• Diabetes is a chronic (persistent, long-term) disease that occurs either when the pancreas does not produce enough insulin or when the body cannot effectively use the insulin it produces.

• Insulin is a hormone that regulates blood sugar.

• Hyperglycaemia, or raised blood sugar, is a common effect of uncontrolled diabetes. Over time, it leads to serious damage to many of the body’s systems, especially the nerves and blood vessels.

COVID-19 claimed 1.4 million lives (till November 24, 2020). This pales in comparison to the 2.2 million deaths attributable to high blood glucose in 2012 alone, according to a WHO report. People who live with the disease also suffer from blindness, kidney failure, heart attacks, stroke and lower limb amputation.

Diabetes: Disease of the modern era?

Experts point to a number of reasons for the global spike in diabetes cases:

All forms of diabetes are triggered by inadequate beta-cell function. It is also known as “beta cell decompensation against insulin resistance”, the key in diabetes development. The most obvious problem: a failure to maintain sufficient beta-cell mass and function to cope with whatever insulin resistance is present. The most striking functional defect is a loss of acute glucose-induced insulin secretion (GIIS).

In simple terms, however, it’s increasingly becoming more evident that it’s a self-inflicted health issue. Numerous studies show that good exercise, plus a healthy amount of fasting, can somehow do the trick.

“Diabetes is on the rise globally, and rising faster in low-income countries,” says Dr Tedros Adhanom Ghebreyesus, WHO Director-General. “Too many people who need insulin encounter financial hardship in accessing it, or go without it and risk their lives.”

Diabetes: Can it be reversed?
• Reversal means a “complete turnaround”. “Remission”, on the other hand, means temporary diminution of severity of disease/pain.

• Diabetes cannot be reversed, but it can certainly go in remission. Experts say the key to diabetes control is normalising blood glucose (The Lancet, Diabetes and Endocrinology, June 2020 edition).

• It has also been established that, in Type 2 diabetes, weight loss is a key control factor in normalising blood glucose.

• Until recently, this control was believed to be temporary in the face of inevitable disease progression.

• Studies done over the past 10 years show that short-duration Type 2 diabetes is characterised by excess fat in both the liver and pancreas. Reducing this excess fat is associated with durable “remission”.

• If weight regain occurs in people who have achieved remission, then fat re-accumulates in the liver and pancreas and diabetes recurs.

• The Diabetes Remission Control Trial (DiRECT) shows that it is practical — possible — to achieve remission of Type 2 diabetes “in a primary care setting”, according to The Lancet.

• Diabetes can be treated and its consequences avoided or delayed — with diet, physical activity, medication and regular screening and treatment for complications.

How I turned my life around to manage diabetes

Abu Dhabi: Delilah Ruby Dsouza had always had a strong sweet tooth, and loved to indulge in sodas and desserts. Yet, when the 49-year-old banker from India was diagnosed with diabetes, she immediately turned her life around to manage the chronic disease.

“I had first started feeling fatigued, and dropped six kilograms in just 20 days. My friends warned me that it could be diabetes, but when the doctor confirmed it, I was very distraught. I knew the journey would not be easy, and it wasn’t,” Dsouza told Gulf News.

“But my doctor was very supportive. He kept in touch with me throughout the day, and although it has been just about two weeks, I believe I have been able to take the first steps towards living healthy,” she added.

Dsouza made the switch right away. She did not wait after receiving her diagnosis. This included measuring her blood glucose three times a day, cutting down on carbs and maintaining a record of her daily activities.

“I woke up the next morning, and decided I was going to do everything I could. I measured my blood glucose after I woke up in the morning, then again two hours after lunch and again before dinner. I also cut down on carbs, switched all the white bread and rice to brown, and eliminated [added] sugar from my diet,” she explained.

The switch was certainly challenging.

“I’m the kind of person who would skip meals, but not dessert. And I love quite a bit of sugar in my tea and coffee. But I have to say that I feel lighter and healthier already,” Dsouza said. She also started going for half-hour walks, and incorporating a workout into her daily routine.

To ensure she didn’t waver from her resolve, Dsouza also cut back on her social engagements for a week. “I didn’t want to feel like eating after I saw other people having things that are bad for me, so I just stayed home for a bit. I was also fortunate, because my housemate made the switch with me, and this made it easier for me to follow through,” Dsouza said.

She advised other diabetics to follow their physician’s advice diligently. “I wait till it’s a do-or-die situation, but I also believe that with the help of my doctor and my friends, I’ve got this,” Dsouza added.

• In pre diabetics it is 5.5-6.5. Anything above that is defined as diabetes.

TIPS
• Exercise on a daily basis.

• Increase your water intake, as this helps reduce blood glucose.

What’s the big deal with insulin?

Access to insulin a challenge in many countries. Data collected by WHO in 2016-2019 from 24 countries on four continents showed that human insulin was available only in 61% of health facilities and analogue insulins in 13%. The data showed that a month’s supply of insulin would cost a worker in Accra, Ghana, the equivalent of 5.5 days of pay per month, or 22% of his/her earnings.

In wealthy countries, people often have to ration insulin, which can be deadly for people who do not get the right quantity of the medicine.

• Lifestyle factors — overeating, lack of exercise — account for 85% of its development.

• Due to abundance of food, lack of activity, and development type 2 diabetes, there are currently notified 11 pathological pathways being investigated by researchers.

• Some of these pathways are related to inflammatory enhancement against pancreatic beta cell damage. Scientists are currently developing vaccines designed to prevent or related to these pathways.

• T2DM is an insulin-resistant state, commonly due to an unhealthy lifestyle and obesity/being overweight.

Data on premature death from diabetes

In lower-middle-income countries, the premature mortality rate due to diabetes increased across both periods. By contrast, the probability of dying from any one of the four main noncommunicable diseases (cardiovascular diseases, cancer, chronic respiratory diseases or diabetes) between the ages of 30 and 70 decreased by 18% globally between 2000 and 2016.

Gluconeogenesis
• Sugars are so important that when it’s not supplied via food intake, the body produces it. It’s called gluconeogenesis, or the process by which organisms produce sugars (namely glucose) from non-carbohydrate precursors.

• Glucose is the only energy source used by the brain (with the exception of ketone bodies during times of fasting), testes, erythrocytes, and kidney medulla.

• This phenomenon happens in most life forms: in plants, animals, fungi, bacteria, and other microorganisms.

Type 2 diabetes (formerly called non-insulin-dependent, or adult-onset) results from the body’s ineffective use of insulin. The majority of people with diabetes have type 2 diabetes. This type of diabetes is largely the result of excess body weight and physical inactivity.

Symptoms may be similar to those of Type 1 diabetes, but are often less marked. As a result, the disease may be diagnosed several years after onset, after complications have already arisen. Until recently, this type of diabetes was seen only in adults but it is now also occurring increasingly frequently in children. People with Type 2 diabetes need insulin for controlling blood glucose levels to avoid complications when oral medicines become less effective as the illness progresses.

Type 1 diabetes (previously known as insulin-dependent, juvenile or childhood-onset) is characterised by deficient insulin production and requires daily administration of insulin. Neither the cause of Type 1 diabetes nor the means to prevent it are known.

Symptoms include excessive excretion of urine (polyuria), thirst (polydipsia), constant hunger, weight loss, vision changes, and fatigue. These symptoms may occur suddenly. People with Type 1 diabetes need insulin for survival and to maintain their blood glucose at levels to reduce the risk of common complications such as blindness and kidney failure.

Vaccine for diabetes?
For years, it’s been thought that Type 2 diabetes Milltus (T2DM) could ultimately be fought with immunotherapies and vaccines. But so far, science has had no success.

The key target for diabetes vaccine developments is the stimulation of immune cells to minimise the insulin resistance. This will initiate “gluconeogenesis” through an insulin-independent route.

• Impaired fasting glycaemia (IFG) is sometimes called pre-diabetes. This is when blood glucose levels in the body are raised, but are not high enough to mean that the person has diabetes.

• People with IGT or IFG are at high risk of progressing to Type 2 diabetes, although this is not inevitable.

If your age is above 35 years, and you have body mass index of 30 or higher, a waist-to-hip ratio of 0.9 (for males) and 0.85 (for females), live a sedentary lifestyle, and eat unhealthy diet, then it’s time to think hard. To actually do something about it.

Diabetes is a preventable disease. Don’t wait for symptoms to come. Finger-stick glucose testers are widely available, so it’s best to have one at home and actually use it. The cost-saving is enormous from adopting a healthier lifestyle. These are basic, affordable, essential and doable interventions one can do. It’s best to get your HbA1c test done.

If you are pre-diabetic or confirmed diabetic, there are still ways you can do to fight it, including screening for early signs of diabetes-related kidney disease and treatment, blood lipid control (to regulate cholesterol levels), and screen/treat retinopathy (which causes blindness). Studies tell us the disease can go in remission — again by adopting a healthy lifestyle, including eating healthy and a good amount of exercise. An ounce of prevention is better than a pound of cure.