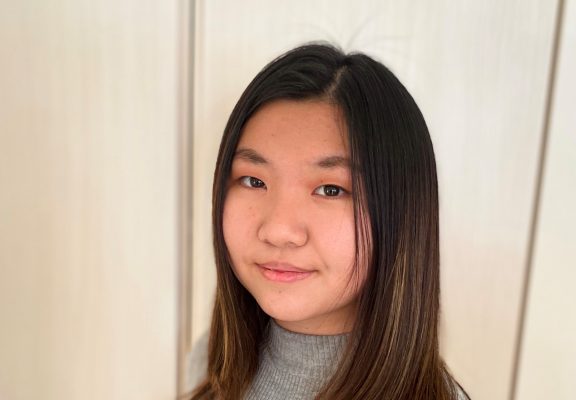 With much of the world under lockdown, mental health is a topic of increasing significance. Social distancing, remote working and stay-at-home orders have become the norm, and many are struggling to cope with rapidly changing lifestyles. People who are waiting for test results or who have been tested positive are shown to suffer even greater acute stress. Health workers are also under increased anxiety, worrying they might contract the virus themselves and feeling helpless amid the surge in patients. Issues such as these are exacerbated by conflicting reports of when this pandemic will end; currently, it seems like no one knows when life will revert back to ‘normal’.

Experts warn that resulting economic, social and political impacts may lead to a “much deeper, longer curve” of a mental health crisis that will not only persist throughout this pandemic but also years to follow.

In Africa, where mental health has often taken a backseat, AHO is particularly concerned about what this could mean for the continent. AHO notes the insufficiency and unequal distribution of resources, and fear that sociocultural determinants are deterring people from using the help that is available. For example, an analysis from WHO has shown that in Kenya, only 0.05% of its health budget is spent on mental health and over 70% of services are located solely in Nairobi. In South Africa, only 20% of the population has access to mental health services — most of who have the luxury to rely on private insurance — and according to Bonga Chiliza of the University of KwaZulu-Natal, there are only about 850 psychiatrists in the country of 55 million. Examining the continent as a whole, a study published on The Lancet asserts that Africa only has 1.4 mental health workers per 100,000 people compared to a global average of 9. With such a limited system in the first place, there are extreme concerns as to whether Africa can deal with the growing number of COVID-19-related mental health issues.

Already, in South Africa, social determinants such as stigmatisation and social exclusion have played a role in response to the coronavirus. Published on SciDev.Net, a 27-year-old survivor of the virus in rural Eastern Cape of South Africa talks about suffering great emotional stress and anxiety due to people calling her son the ‘corona kid’ and her house the ‘corona house’. She reports receiving death threats from her community through social media and anonymous calls threatening to kill her in the hospital so she could not return to spread the virus in the community. Such discrimination not only leads to depression and trauma for an extended period of time but also discourage people from getting tested and reporting symptoms.

Studies also have much to reveal. According to Professor Yuval Neria from Columbia University who conducted research on the 2014-2016 Ebola Outbreak in West Africa, “nearly 50% of families, survivors and those who had contact with survivors of Ebola had PTSD and depression”. He also found extensive evidence of fear-driven stigmatisation, with a survey finding 95% of respondents reporting at least one discriminatory attitude towards Ebola survivors and 78% claiming they will not welcome back a survivor into their community. It is very likely that the magnitude of such issues will be similar, or perhaps even greater, for COVID-19 and most still do not have access to mental health resources nor feel comfortable to search for help. This is only exacerbated by the fact that lockdown measures have pushed psychiatric services to digital platforms, which many will find even harder to access. There are also reports across the world that people are giving up counselling services in times of financial burden to prioritise “more immediate needs”.

It must also be noted that risks of coronavirus-related mental health problems are distributed disproportionately. People who live under poverty, for example, are highly vulnerable, as ‘homes’ are not usually a place of comfort, crowds may be unavoidable and the fear of job losses may be extremely high. Such citizens are also more likely to suffer from AIDS, Tuberculosis and non-communicable diseases, which puts them at greater risk of morbidity, therefore adding to their stress. Moreover, with inadequate healthcare facilities and trained workers, those who work in the medical industry are under extreme stress. A recent survey conducted on 3,000 South African medical professionals found that over 70% reported feeling anxious, overwhelmed and/or angry with the current situation.

AHO takes mental health seriously with an established Strategy and Plan of Action on Mental Health. In 2016, the AHO Health Congress has also approved the Comprehensive Mental Health Action Plan 2020-2030, which emphasises creating an Africa where “mental health is valued, promoted, and protected”. Through this plan, the organisation is working on developing policies, laws and response systems with a focus on health equity and the protection of human rights. The implementation of promotion and prevention programmes are also significant, especially considering the lack of education and social stigma surrounding the topic of mental health.

Thus, in relation to COVID-19, AHO will continue to monitor its impact on mental health and work to inform, strategise and improve relevant resources