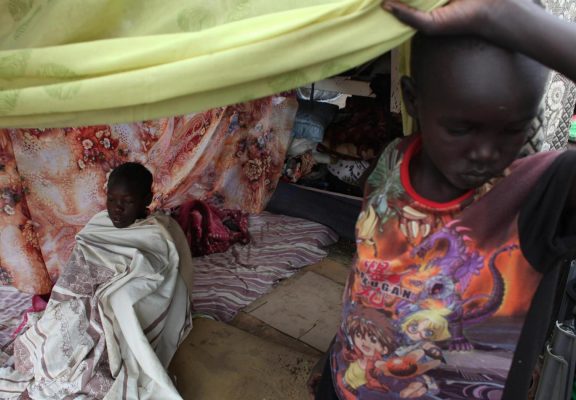 Children are the innocent victims of TB in vulnerable communities, says AHO

Tuberculosis (TB) is one of the world’s deadliest, yet preventable, communicable diseases and remains a significant problem in Africa. Every year, there is an estimated 9 million new TB cases worldwide but consistently 3 million cases are either not diagnosed, not treated, or are diagnosed and not registered by national TB control programmes.

These vulnerable populations include children and women, people living with HIV, people with diabetes, refugees, miners and ex-miners, prisoners and drug users whose access to basic health care services may be limited. The poor are also at risk, especially homeless persons and individuals living in densely populated communities.

Among children, there were an estimated 550 000 new cases in 2013. Children with vulnerable immune systems, such as the very young, HIV-infected or severely malnourished, are at the greatest risk of falling ill or dying from TB.

Children can get TB at any age, but the most common age is between one and four years. The source of infection is often an infectious adult that is in a child’s close environment. A TB infected adult often lives in vulnerable communities such as migrants, miners, prisoners, drug users and sex workers whose access to basic health care services may be limited.

TB is a treatable and curable disease. Active, drug-sensitive TB is treated with a standard six-month regimen of four antimicrobial drugs that are provided with information, supervision and support by a qualified health care worker or trained volunteer.

There has been continued progress in the implementation of collaborative TB/HIV activities but intensified efforts are needed, especially to ensure universal access to antiretroviral therapy (ART). In 2013, 70% of TB patients known to be HIV-positive were on ART. This level, however, falls short of the 100% target set for 2015.

For the first time in four decades, new TB drugs are starting to emerge from the pipeline, and combination regimens that include new compounds are being tested in clinical trials, but the funding required to rapidly evaluate whether these treatments are effective and ready for implementation is far from adequate.