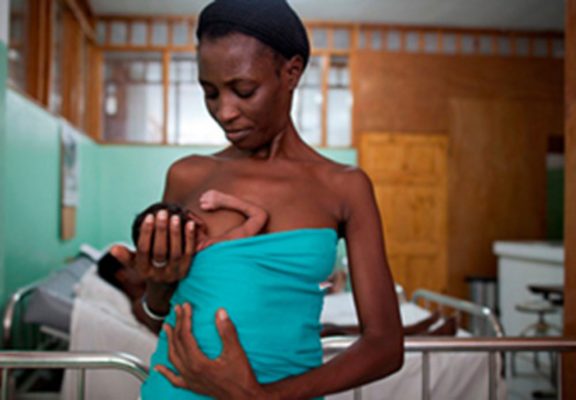 Child deaths in Africa could be prevented by family planning

Children under 5 years of age in Africa are much more likely to die than those in wealthy countries as a direct result of poor health outcomes linked to air pollution, unsafe water, lack of sanitation, an increased family size, and environmental degradation, according to the first continent-wide investigation of its kind.

An international team of researchers led by Flinders University in South Australia, and the University of Western Australia in Perth, have analysed data to break down the correlation between increased child mortality, environmental degradation, and the population density of mainland countries across the African continent.

Published in the journal BMJ Open, Professor Corey Bradshaw from the Global Ecology Lab at Flinders University, says the analysis determined that better access to clean water, sanitation services, and family planning, could substantially reduce the preventable deaths of newborns and children under five.

Population size in many African countries will increase rapidly over the coming decades, raising concerns that the added pressures on infrastructure and the environment will further compromise child-health outcomes.

“In most regions of Africa, this result suggests that environmental degradation is possibly now already at a point where it is compromising food production, water or air quality, or defence against infectious disease.”

“These concerning results emphasise the importance of continued investment in clean water and sanitation services, measures to improve air quality, broad-scale family planning, and efforts to restrict further environmental degradation, all to promote the United Nations’ Sustainable Development Goals in Africa by 2030.”

The World Health Organisation estimates that 5.6 million children under five years of age died in 2016, with over half of those deaths deemed preventable or treatable with minimal intervention, particulatly in sub-Saharan Africa where 1 in 13 children dies before turning five.

“Health professionals have largely been ignoring the negative consequences of overpopulation and environmental degradation — including climate change — on child health in developing nations. They no longer have a reason to do so with this new evidence.”

The relationship between child-health outcomes and causes is based on the most recent data and presents a snapshot in time, rather then what might have been more important historical challenges, according to the authors.

“Failing to break out of the poverty trap is partially a result of poor health causing lower economic performance, which itself erodes health outcomes. In fact, it has been estimated that the African region will lose approximately 6% of its gross domestic product from the future years of life lost.” says Professor Bradshaw.

Better environmental management and dedicated family planning across Africa will improve these figures.