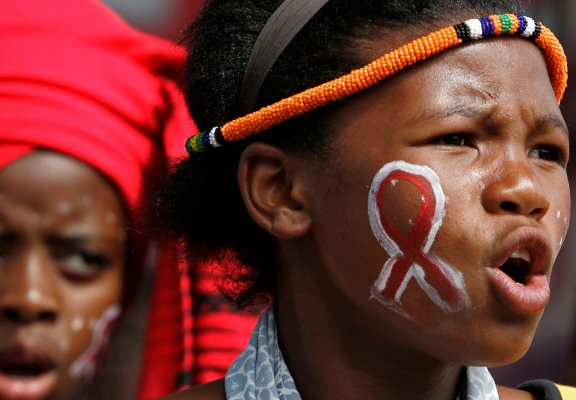 World AIDS Day, designated on December 1 every year since 1988, is dedicated to raising awareness of the AIDS pandemic caused by the spread of HIV infection, and mourning those who have died of the disease. Government and health officials, non-governmental organizations and individuals around the world observe the day, often with education on AIDS prevention and control.

The human immunodeficiency virus (HIV) targets the immune system and weakens people’s defence systems against infections and some types of cancer. As the virus destroys and impairs the function of immune cells, infected individuals gradually become immunodeficient. Immune function is typically measured by CD4 cell count.

Immunodeficiency results in increased susceptibility to a wide range of infections, cancers and other diseases that people with healthy immune systems can fight off.

The most advanced stage of HIV infection is acquired immunodeficiency syndrome (AIDS), which can take from 2 to 15 years to develop if not treated, depending on the individual. AIDS is defined by the development of certain cancers, infections or other severe clinical manifestations.

The symptoms of HIV vary depending on the stage of infection. Though people living with HIV tend to be most infectious in the first few months after being infected, many are unaware of their status until the later stages. In the first few weeks after initial infection people may experience no symptoms or an influenza-like illness including fever, headache, rash or sore throat.

As the infection progressively weakens the immune system, they can develop other signs and symptoms, such as swollen lymph nodes, weight loss, fever, diarrhoea and cough. Without treatment, they could also develop severe illnesses such as tuberculosis (TB), cryptococcal meningitis, severe bacterial infections, and cancers such as lymphomas and Kaposi’s sarcoma.

HIV can be transmitted via the exchange of a variety of body fluids from infected people, such as blood, breast milk, semen and vaginal secretions. HIV can also be transmitted from a mother to her child during pregnancy and delivery. Individuals cannot become infected through ordinary day-to-day contact such as kissing, hugging, shaking hands, or sharing personal objects, food or water.

Behaviours and conditions that put individuals at greater risk of contracting HIV include:

HIV can be diagnosed through rapid diagnostic tests that provide same-day results. This greatly facilitates early diagnosis and linkage with treatment and care. People can also use HIV self-tests to test themselves. However, no single test can provide a full HIV diagnosis; a confirmatory test is required, conducted by a qualified and validated health worker at a community centre or clinic. HIV infection can be detected with great accuracy using WHO prequalified tests within a nationally approved testing strategy.

Most widely-used HIV diagnostic tests detect antibodies produced by the person as part of their immune response to fight HIV. In most cases, people develop antibodies to HIV within 28 days of infection. During this time, people experience the so-called “window” period –  when HIV antibodies haven’t been produced and when they may have had no signs of HIV infection, but also when they may transmit HIV to others. After infection, an individual may transmit HIV transmission to a sexual or drug-sharing partner.

Following a positive diagnosis, people should be retested before they are enrolled in treatment and care to rule out any potential testing or reporting error. Notably, once a person diagnosed with HIV and has started treatment they should not be retested.

While testing for adolescents and adults has been made simple and efficient, this is not the case for babies born to HIV-positive mothers. For  children less than 18 months of age, serological testing is not sufficient to identify HIV infection – virological testing must be provided as early as birth or at 6 weeks of age). New technologies are now becoming available to perform this test at the point of care and enable same-day results, which will accelerate appropriate linkage with treatment and care.

HIV testing should be voluntary and the right to decline testing should be recognized. Mandatory or coerced testing by a health care provider or authority, or by a partner or family member is not acceptable as it undermines good public health practice and infringes on human rights.

New technologies to help people test themselves are being introduced, with many countries implementing self-testing as an additional option to encourage HIV diagnosis. HIV self-testing is a process whereby a person who wants to know his or her HIV status collects a specimen, performs a test, and interprets the test results in private or with someone they trust. HIV self-testing does not provide a definitive HIV-positive diagnosis, but it should be used as an initial test to be followed by confirmatory testing by a health worker.

The sexual partners and drug-injecting partners of people diagnosed with HIV infection have an increased probability of also being HIV-positive. WHO recommends assisted HIV partner notification services as a simple and effective way to reach these partners – many of whom are undiagnosed and unaware of their HIV exposure and may welcome support and an opportunity to test for HIV.

All HIV testing services must follow the WHO-recommended principles known as the “5 Cs”:

Individuals can reduce the risk of HIV infection by limiting exposure to risk factors. Key approaches for HIV prevention, which are often used in combination, are listed below.

Male and female condom use

Testing and counselling for HIV and STIs

Testing for HIV and other STIs is strongly advised for all people exposed to any of the risk factors. This enables people to learn of their own HIV status and access necessary prevention and treatment services without delay. WHO also recommends offering testing for partners or couples. Additionally, WHO recommends assisted partner notification approaches, in which people with HIV receive support to inform their partners either on their own, or with the help of health care providers.

TB is the most common illness among people living with HIV. Fatal if undetected or untreated, TB is the leading cause of death among people with HIV, responsible for nearly 1 in 3 HIV-associated deaths.

Medical male circumcision reduces the risk of heterosexually acquired HIV infection in men by approximately 60%. Since 2007, WHO recommends VMMC as an additional prevention strategy. This is a key prevention intervention supported in 15 countries in eastern and southern Africa with high HIV prevalence and low male circumcision rates. VMMC is also regarded as a good approach to reach men and adolescent boys who do not often seek health care services. At the end of 2018, 23 million adolescent boys and men in eastern and southern Africa had been provided with a package of services, including VMMC, HIV testing, and education on safer sex and condom use.

Use of ARVs for prevention

A scientific trial confirmed that if an HIV-positive person adheres to an effective ART, the risk of transmitting the virus to their uninfected sexual partner can be reduced by 96% in 2011. Following the results, WHO recommended that all people living with HIV should be offered ART with the aim of saving lives and significantly reducing HIV transmission. A 2019 study showed that HIV transmission risk through sex without condoms in serodiscordant men in same sex couples who were virally suppressed and on ART was effectively zero.

Oral PrEP of HIV is the daily use of ARVs by HIV-negative people to block the acquisition of HIV. More than 10 randomized controlled studies have demonstrated the effectiveness of PrEP in reducing HIV transmission among a range of populations, including serodiscordant heterosexual couples (where one partner is infected and the other is not), men who have sex with men, transgender women, high-risk heterosexual couples, and people who inject drugs.

WHO recommends PrEP as a prevention choice for people at substantial risk of HIV infection as part of a combination of prevention approaches. WHO has also expanded these recommendations to HIV-negative women who are pregnant or breastfeeding.

PEP is the use of ARVs within 72 hours of exposure to HIV to prevent infection. PEP includes counselling, first aid care, HIV testing, and administration of a 28-day course of ARV drugs with follow-up care. WHO recommends PEP use for both occupational and non-occupational exposures, and for adults and children.

Harm reduction for people who inject and use drugs

People who inject drugs can take precautions against becoming infected with HIV by using sterile injecting equipment (including needles and syringes) for each injection, and not sharing drug-using equipment and drug solutions. Treatment of drug dependence, in particular, opioid substitution therapy for people dependent on opioids, also helps to reduce the risk of HIV transmission and supports adherence to HIV treatment. A comprehensive package of HIV prevention and treatment interventions for people who inject drugs includes:

Elimination of mother-to-child transmission of HIV

The transmission of HIV from an HIV-positive mother to her child during pregnancy, labour, delivery or breastfeeding is called vertical or mother-to-child transmission (MTCT). In the absence of any interventions during these stages, rates of HIV transmission from mother-to-child can be between 15% and 45%. The risk of MTCT can almost be eliminated if both the mother and her baby are provided with ARV drugs as early as possible in pregnancy and during the period of breastfeeding.

WHO recommends lifelong ART for all people living with HIV, regardless of their CD4 count and the clinical stage of disease; this includes pregnant and breastfeeding women. In 2018, 82% of the estimated 1.3 million pregnant women living with HIV globally received ARV drugs to prevent transmission to their children. A growing number of countries and territories  are achieving very low rates of MTCT, with some formally validated for elimination of MTCT of HIV as a public health problem (Anguilla, Antigua and Barbuda, Armenia, Belarus, Bermuda, Cayman Islands, Cuba, Malaysia, Maldives, Montserrat, Saint Kitts and Nevis, and Thailand). Several countries with a high burden of HIV infection are also progressing along the path to elimination.

HIV can be suppressed by combination ART consisting of 3 or more ARV drugs. ART does not cure HIV infection but suppresses viral replication within a person’s body and allows an individual’s immune system to strengthen and regain the capacity to fight off infections.

But now it’s time to act even more boldly, to take innovative steps so the world can meet the Sustainable Development Goal target of ending the epidemic by 2030. This September, world leaders agreed ambitious interim targets to fast track efforts to end AIDS.

These include the use of innovative HIV testing methods; customizing treatment approaches to meet the full diversity of people’s needs; and offering a wider spectrum of prevention options

The strategy includes five strategic directions that guide priority actions by countries and by AHO over six years.

The strategic directions are: