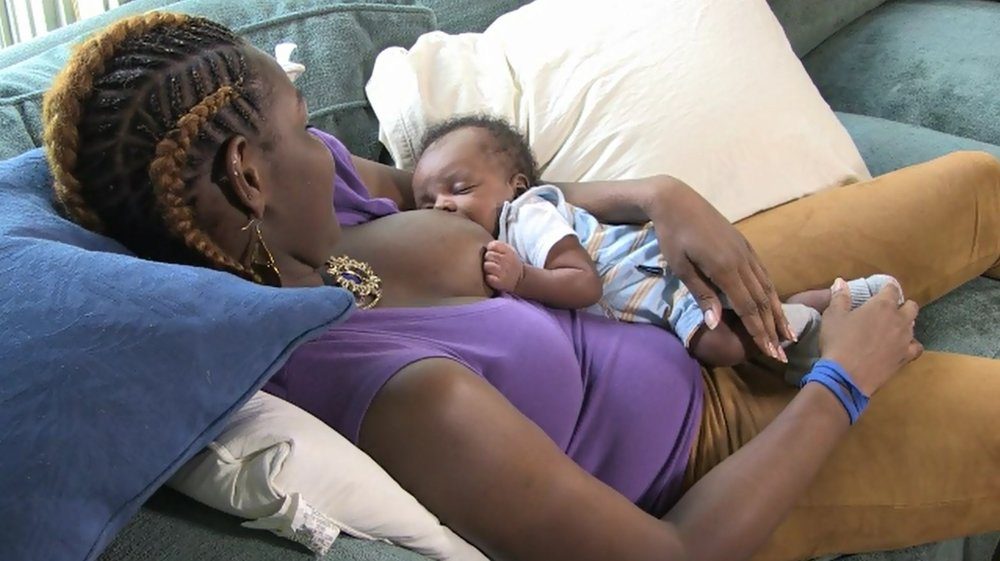 Undernutrition is estimated to be associated with 2.7 million child deaths annually or 45% of all child deaths.

Undernutrition is estimated to be associated with 2.7 million child deaths annually or 45% of all child deaths. Infant and young child feeding is a key area to improve child survival and promote healthy growth and development. The first 2 years of a child’s life are particularly important, as optimal nutrition during this period lowers morbidity and mortality, reduces the risk of chronic disease, and fosters better development overall.

Optimal breastfeeding is so critical that it could save the lives of over 800 000 children under the age of 5 years each year.

However, many infants and children do not receive optimal feeding. For example, only about 36% of infants aged 0–6 months worldwide were exclusively breastfed over the period of 2007-2014.

Recommendations have been refined to also address the needs for infants born to HIV-infected mothers. Antiretroviral drugs now allow these children to exclusively breastfeed until they are 6 months old and continue breastfeeding until at least 12 months of age with a significantly reduced risk of HIV transmission.

Exclusive breastfeeding for 6 months has many benefits for the infant and mother. Chief among these is protection against gastrointestinal infections which is observed not only in developing but also industrialized countries. Early initiation of breastfeeding, within 1 hour of birth, protects the newborn from acquiring infections and reduces newborn mortality. The risk of mortality due to diarrhoea and other infections can increase in infants who are either partially breastfed or not breastfed at all.

Breast-milk is also an important source of energy and nutrients in children aged 6–23 months. It can provide half or more of a child’s energy needs between the ages of 6 and 12 months, and one third of energy needs between 12 and 24 months. Breast-milk is also a critical source of energy and nutrients during illness, and reduces mortality among children who are malnourished.

Children and adolescents who were breastfed as babies are less likely to be overweight or obese. Additionally, they perform better on intelligence tests and have higher school attendance. Breastfeeding is associated with higher income in adult life. Improving child development and reducing health costs results in economic gains for individual families as well as at the national level.1

Longer durations of breastfeeding also contribute to the health and well-being of mothers: it reduces the risk of ovarian and breast cancer and helps space pregnancies–exclusive breastfeeding of babies under 6 months has a hormonal effect which often induces a lack of menstruation. This is a natural (though not fail-safe) method of birth control known as the Lactation Amenorrhoea Method.

Mothers and families need to be supported for their children to be optimally breastfed. Actions that help protect, promote and support breastfeeding include:

Breastfeeding practices are highly responsive to supportive interventions, and the prevalence of exclusive and continued breastfeeding can be improved over the course of a few years.

Families and children in difficult circumstances require special attention and practical support. Wherever possible, mothers and babies should remain together and get the support they need to exercise the most appropriate feeding option available. Breastfeeding remains the preferred mode of infant feeding in almost all difficult situations, for instance:

Breastfeeding, and especially early and exclusive breastfeeding, is one of the most significant ways to improve infant survival rates. While HIV can pass from a mother to her child during pregnancy, labour or delivery, and also through breast-milk, the evidence on HIV and infant feeding shows that giving antiretroviral treatment (ART) to mothers living with HIV significantly reduces the risk of transmission through breastfeeding and also improves her health.

Mothers living in settings where morbidity and mortality due to diarrhoea, pneumonia and malnutrition are prevalent and national health authorities endorse breastfeeding should exclusively breastfeed their babies for 6 months, then introduce appropriate complementary foods and continue breastfeeding up to at least the child’s first birthday.

The plan includes 6 targets, one of which is to increase, by 2025, the rate of exclusive breastfeeding for the first 6 months up to at least 50%. Activities that will help to achieve this include those which aim to protect, promote and support appropriate infant and young child feeding.

The goal of AHONet is to protect and promote breastfeeding by ensuring that breastmilk substitutes are not marketed inappropriately. Specifically, is building the capacity of Member States and civil society to strengthen national Code legislation, continuously monitor adherence to the Code, and take action to stop all violations.

In addition, AHO has developed courses for training health workers to provide skilled support to breastfeeding mothers, help them overcome problems, and monitor the growth of children, so they can identify early the risk of undernutrition or overweight/obesity.

AHO provides simple, coherent and feasible guidance to countries for promoting and supporting improved infant feeding by HIV-infected mothers to prevent mother-to-child transmission, good nutrition of the baby, and protect the health of the mother.