Malawi is currently experiencing one of the worst cholera outbreaks in years. The Malawi Ministry of Health declared the cholera outbreak on 03 March 2022 after the increase and spread of confirmed cases.

Malawi is currently experiencing one of the worst cholera outbreaks in years. The first case was registered in Machinga district in the Southern region of Malawi on 02 March 2022. The Malawi Ministry of Health declared the cholera outbreak on 03 March 2022 after the increase and spread of confirmed cases. The cholera outbreak, initially limited to the southern part of the country, has now spread to Malawi’s northern and central regions. Meanwhile, the country continues to register new cholera cases in different parts of the country. As of 31 August 2022, the outbreak had claimed 67 lives with 1,736 cases being registered in 15 districts representing a case fatality rate of 3.85%1. So far, the affected districts include Machinga, Nsanje Chikwawa, Blantyre, Mulanje, Neno, Balaka, Lilongwe, Nkhatabay, Nkhotakota, Phalombe, Mangochi, Rumphi, Mzuzu, Balaka.

It’s also been reported that the cases have started spreading to the neighbouring districts including Mzuzu and Rumphi. Recently, there has been an alarm of sudden increase of cholera cases reported particularly in Nkhatabay and Nkhotakota districts such that on 18 August 2022, the two districts registered 51 new cases with a total of 264 cases of which 25 were admitted. On 20 August 2022, eight people were reported to have died. Laboratory investigations from autopsy samples collected have confirmed that their deaths were as a result of contracting cholera.

This year’s outbreak is relatively unusual as the cases continue being registered in the dry season of the year and are spread sporadically in several districts across the country which makes the situation less predictable and more difficult to contain. The current outbreak fatality rate is at 3.85% which is higher than the WHO benchmark for cholera epidemics, of case fatality of less than 1%. The high case fatality rate might be attributed to long distances between health facilities and the affected communities which results in delayed access to rehydration treatment and lack of community awareness on how to support the affected people with Oral Rehydration Therapy (ORT).

The Ministry of Health has activated its Emergency Operation Centre (EOC) both at National and districts levels where Incident Management Team (IMT) members meet following an increase in the number of cholera cases in the country.

Africa Health Organisation (AHO) is working with our partners including the Ministry of Health to contain the situation on the ground. Please donate and help us to stop people dying from cholera. We need clean water and set up humanitarian systems on the ground to treat people affected by cholera.

From the Press Office in the President’s Office

Watch the video above, courtsey of CGTN, Chinese News Network. 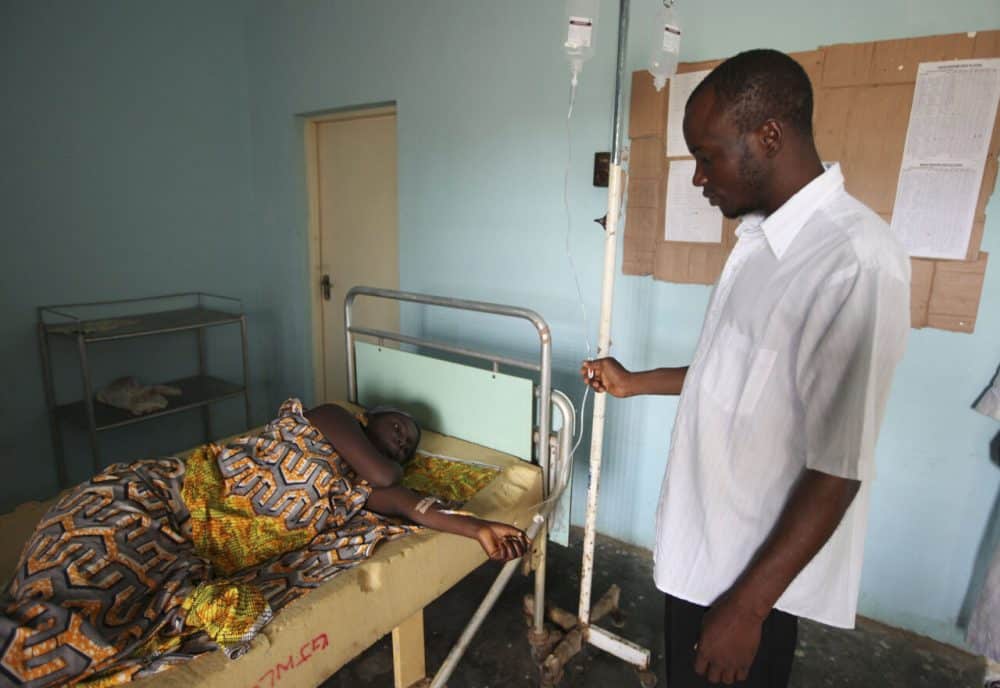