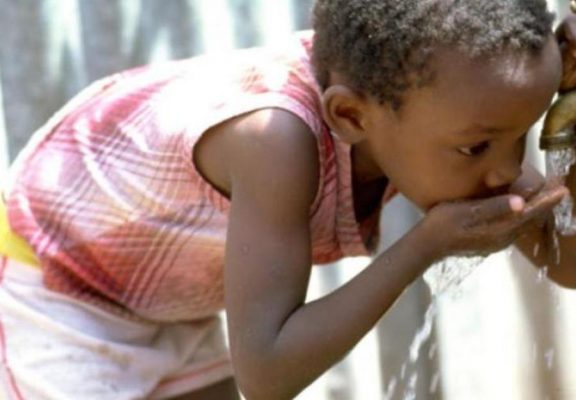 Water is essential for life. The amount of fresh water on earth is limited, and its quality is under constant pressure. Preserving the quality of fresh water is important for the drinking-water supply, food production and recreational water use. Water quality can be compromised by the presence of infectious agents, toxic chemicals, and radiological hazards.

Safe and readily available water is important for public health, whether it is used for drinking, domestic use, food production or recreational purposes. Improved water supply and sanitation, and better management of water resources, can boost countries’ economic growth and can contribute greatly to poverty reduction.

In 2010, the UN General Assembly explicitly recognized the human right to water and sanitation. Everyone has the right to sufficient, continuous, safe, acceptable, physically accessible, and affordable water for personal and domestic use.

Sustainable Development Goal target 6.1 calls for universal and equitable access to safe and affordable drinking water. The target is tracked with the indicator of “safely managed drinking water services” – drinking water from an improved water source that is located on premises, available when needed, and free from faecal and priority chemical contamination.

Sharp geographic, sociocultural and economic inequalities persist, not only between rural and urban areas but also in towns and cities where people living in low-income, informal, or illegal settlements usually have less access to improved sources of drinking-water than other residents.

Contaminated water and poor sanitation are linked to transmission of diseases such as cholera, diarrhoea, dysentery, hepatitis A, typhoid, and polio. Absent, inadequate, or inappropriately managed water and sanitation services expose individuals to preventable health risks. This is particularly the case in health care facilities where both patients and staff are placed at additional risk of infection and disease when water, sanitation, and hygiene services are lacking. Globally, 15% of patients develop an infection during a hospital stay, with the proportion much greater in low-income countries.

Inadequate management of urban, industrial, and agricultural wastewater means the drinking-water of hundreds of millions of people is dangerously contaminated or chemically polluted.

Some 829 000 people are estimated to die each year from diarrhoea as a result of unsafe drinking-water, sanitation, and hand hygiene. Yet diarrhoea is largely preventable, and the deaths of 297 000 children aged under 5 years could be avoided each year if these risk factors were addressed. Where water is not readily available, people may decide handwashing is not a priority, thereby adding to the likelihood of diarrhoea and other diseases.

Diarrhoea is the most widely known disease linked to contaminated food and water but there are other hazards. In 2017, over 220 million people required preventative treatment for schistosomiasis – an acute and chronic disease caused by parasitic worms contracted through exposure to infested water.

In many parts of the world, insects that live or breed in water carry and transmit diseases such as dengue fever. Some of these insects, known as vectors, breed in clean, rather than dirty water, and household drinking water containers can serve as breeding grounds. The simple intervention of covering water storage containers can reduce vector breeding and may also reduce faecal contamination of water at the household level.

When water comes from improved and more accessible sources, people spend less time and effort physically collecting it, meaning they can be productive in other ways. This can also result in greater personal safety by reducing the need to make long or risky journeys to collect water. Better water sources also mean less expenditure on health, as people are less likely to fall ill and incur medical costs, and are better able to remain economically productive.

With children particularly at risk from water-related diseases, access to improved sources of water can result in better health, and therefore better school attendance, with positive longer-term consequences for their lives.

Climate change, increasing water scarcity, population growth, demographic changes and urbanization already pose challenges for water supply systems. By 2025, half of the world’s population will be living in water-stressed areas. Re-use of wastewater, to recover water, nutrients, or energy, is becoming an important strategy. Increasingly countries are using wastewater for irrigation – in developing countries this represents 7% of irrigated land. While this practice if done inappropriately poses health risks, safe management of wastewater can yield multiple benefits, including increased food production.

Options for water sources used for drinking water and irrigation will continue to evolve, with an increasing reliance on groundwater and alternative sources, including wastewater. Climate change will lead to greater fluctuations in harvested rainwater. Management of all water resources will need to be improved to ensure provision and quality.