What you should know about Cervical Cancer 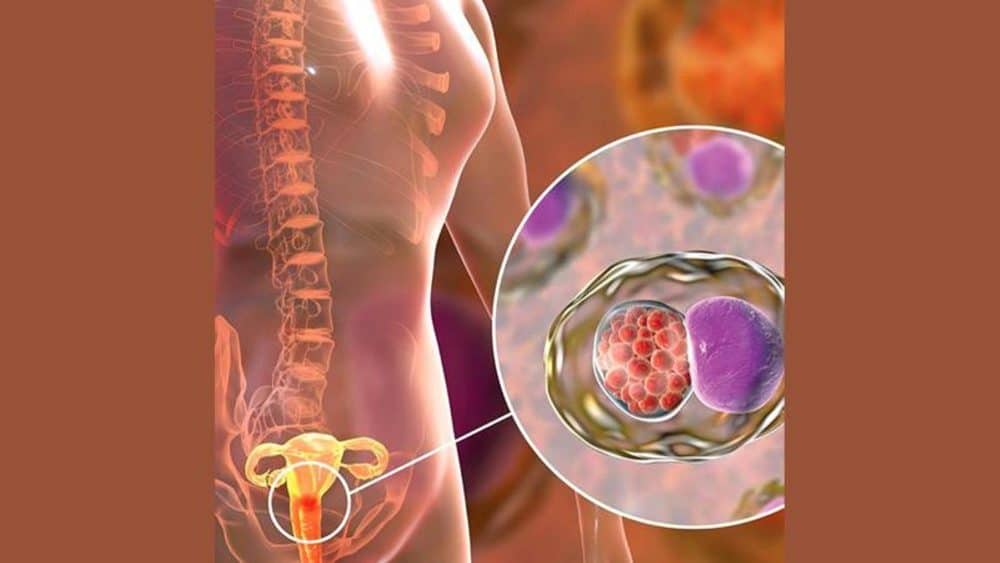 Cervical Canceris a type of cancer that occurs in the cells of the cervix —the lower part of the uterus that connects to the vagina. Various strains of the Human Papilloma virus (HPV),a sexually transmitted infection, play a role in causing most cervical cancer.

When exposed to HPV, the body’s immune system typically prevents the virus from doing harm. In a small percentage of people, however, the virus survives for years, contributing to the process that causes some cervical cells to become cancer cells.

You can reduce your risk of developing cervical cancer by having screening tests and receiving a vaccine that protects against HPV infection.

Signs and symptoms of moreadvanced cervical cancer include:

1.Vaginal bleeding after intercourse, between periods or after menopause.

2.Watery,bloody vaginal discharge that may be heavy and have a foul odor.

3.Pelvic pain or pain during intercourse.

Cervical cancer begins when healthy cells in the cervix develop changes (mutations) in their DNA.A cell’s DNA contains the instructions that tell a cell what to do.

Healthy cells grow and multiply at a set rate, eventually dying at a set time. The mutations tell the cells to grow and multiply out of control, and they don’t die. The accumulating abnormal cells form a mass (Tumour).Cancer cells invade nearby tissues and can break off from a tumor to spread (Metastasize) elsewhere in the body.

It isn’t clear what causes cervical cancer, but it’s certain that HPV plays a role. HPV is very common, and most people with the virus never develop cancer. This means other factors — such as your environment or your lifestyle choices — also determine whether you’ll develop cervical cancer.

Sometimes, both types of cells are involved in cervical cancer. Very rarely, cancer occurs in other cells in the cervix.

Risk factors for cervical cancer include:

Early sexual activity: Having sex at an early age increases your risk of HPV.

Other sexually transmitted infections (STIs): Having other STIs — such as chlamydia, gonorrhea, syphilis and HIV/AIDS — increases your risk of HPV.

A weakened immune system: You may be more likely to develop cervical cancer if your immune system is weakened by another health condition and you have HPV.

Exposure to miscarriage prevention drug: If your mother took a drug called diethylstilbestrol (DES) while pregnant in the 1950s, you may have an increased risk of a certain type of cervical cancer called clear cell adenocarcinoma.

To reduce your risk of cervical cancer:

Pap Test:During a Pap test, your doctor scrapes and brushes cells from your cervix, which are then examined in a lab for abnormalities.

A Pap test can detect abnormal cells in the cervix, including cancer cells and cells that show changes that increase the risk of cervical cancer.

HPV DNA Test: The HPV DNA test involves testing cells collected from the cervix for infection with any of the types of HPV that are most likely to lead to cervical cancer.

Discuss your cervical cancer screening options with your doctor.

Cone biopsy:If cervical cancer is suspected, your doctor is likely to start with a thorough examination of your cervix. A special magnifying instrument (Colposcope)is used to check for abnormal cells.

During the colposcopic examination, your doctor is likely to take a sample of cervical cells(Biopsy)for laboratory testing. To obtain tissue, your doctor may use:

Endocervical curettage:It uses a small, spoon-shaped instrument (curet) or a thin brush to scrape a tissue sample from the cervix.

If the punch biopsy or endocervical curettage is worrisome, your doctor may perform one of the following tests:

b.Cone biopsy(Conization): It is a procedure that allows your doctor to obtain deeper layers of cervical cells for laboratory testing. A cone biopsy may be done in a hospital under general anesthesia.

If your doctor determines that you have cervical cancer,you’ll have further tests to determine the extent(Stage)of your cancer. Your cancer’s stage is a key factor in deciding on your treatment.Staging exams include:

Imaging tests: Tests such as X-ray,CT,MRI and positron emission tomography(PET)help your doctor determine whether your cancer has spread beyond your cervix.

Treatment for cervical cancer depends on several factors, such as the stage of the cancer, other health problems you may have and your preferences. Surgery, radiation, chemotherapy or a combination of the three may be used.

Early-stage cervical cancer is typically treated with surgery.Which operation is best for you will depend on the size of your cancer, its stage and whether you would like to consider becoming pregnant in the future.

Surgery to cut away the cancer only:For a very small cervical cancer,it might be possible to remove the cancer entirely with a cone biopsy. This procedure involves cutting away a cone-shaped piece of cervical tissue, but leaving the rest of the cervix intact. This option may make it possible for you to consider becoming pregnant in the future.

Surgery to remove the Cervix (Trachelectomy): Early-stage cervical cancer might be treated with a radical trachelectomy procedure, which removes the cervix and some surrounding tissue.The uterus remains after this procedure, so it may be possible to become pregnant,if you choose.

Radiation therapy uses high-powered energy beams, such as X-rays or protons, to kill cancer cells. Radiation therapy is often combined with chemotherapy as the primary treatment for locally advanced cervical cancers. It can also be used after surgery if there’s an increased risk that the cancer will come back.

Radiation therapy can be given:

a.Externally,by directing a radiation beam at the affected area of the body(External Beam Radiation therapy).

b.Internally,by placing a device filled with radioactive material inside your vagina, usually for only a few minutes(Brachytherapy).

If you haven’t started menopause yet, radiation therapy might cause menopause. If you might want to consider becoming pregnant after radiation treatment, ask your doctor about ways to preserve your eggs before treatment starts.

Chemotherapy is a drug treatment that uses chemicals to kill cancer cells. It can be given through a vein or taken in pill form. Sometimes both methods are used.

Immunotherapy is a drug treatment that helps your immune system to fight cancer. Your body’s disease-fighting immune system might not attack cancer because the cancer cells produce proteins that make them undetectable by the immune system cells. Immunotherapy works by interfering with that process. For cervical cancer, immunotherapy might be considered when the cancer is advanced and other treatments aren’t working.

Palliative care is specialized medical care that focuses on providing relief from pain and other symptoms of a serious illness. Palliative care specialists work with you, your family and your other doctors to provide an extra layer of support that complements your ongoing care.

When palliative care is used along with all of the other appropriate treatments, people with cancer may feel better and live longer.

Palliative care is provided by a team of doctors, nurses and other specially trained professionals. Palliative care teams aim to improve the quality of life for people with cancer and their families. This form of care is offered alongside curative or other treatments you may be receiving.

Preparing for your appointment

Make an appointment with your Physician if you have any signs or symptoms that worry you.If you’re thought to have cervical cancer,you may be referred to a doctor who specializes in treating cancers that affect the female reproductive system(Gynecologic Oncologist).

Here’s some information to help you get ready for your appointment and what to expect from your doctor.

What you can do

1.Be aware of any pre-appointment restrictions,such as not eating Solid food on the day before your appointment.

2.Write down your symptoms,including any that may seem unrelated to the reason why you scheduled the appointment.

3.Write down your key medical information, including other conditions.

4.Write down key personal information, including anything that increases your risk of Sexually Transmitted diseases (STIs),such as early sexual activity, multiple partners or unprotected sex.

5.Make a list of all your medications, vitamins or supplements.

6.Ask a relative or friend to accompany you, to help you remember what the doctor says.

7.Write down questions to ask your doctor.

Questions to ask your doctor

1.What’s the most likely cause of my symptoms?

2.What kinds of tests do I need?

3.What treatments are available,and what side effects can I expect?

4.What is the prognosis?

5.How often will I need follow-up visits after I finish treatment?

What to expect from your doctor

Your doctor is likely to ask you a number of questions.Being ready to answer them may make time to go over points you want to spend more time on.You may be asked:

1.What symptoms are you experiencing? How severe are they?

2.When did you first begin experiencing symptoms?Have they changed over time?

3.Have you had regular Pap tests since you became sexually active?Have you ever had abnormal Pap test results in the past?

4.Have you ever been treated for a cervical condition?

5.Have you ever been diagnosed with an STI?

6.Have you ever taken medications that suppress your immune system?

7.Do you or have you ever smoked? How much?

8.Do you want to have Children in future?