What Is Prostate Cancer? 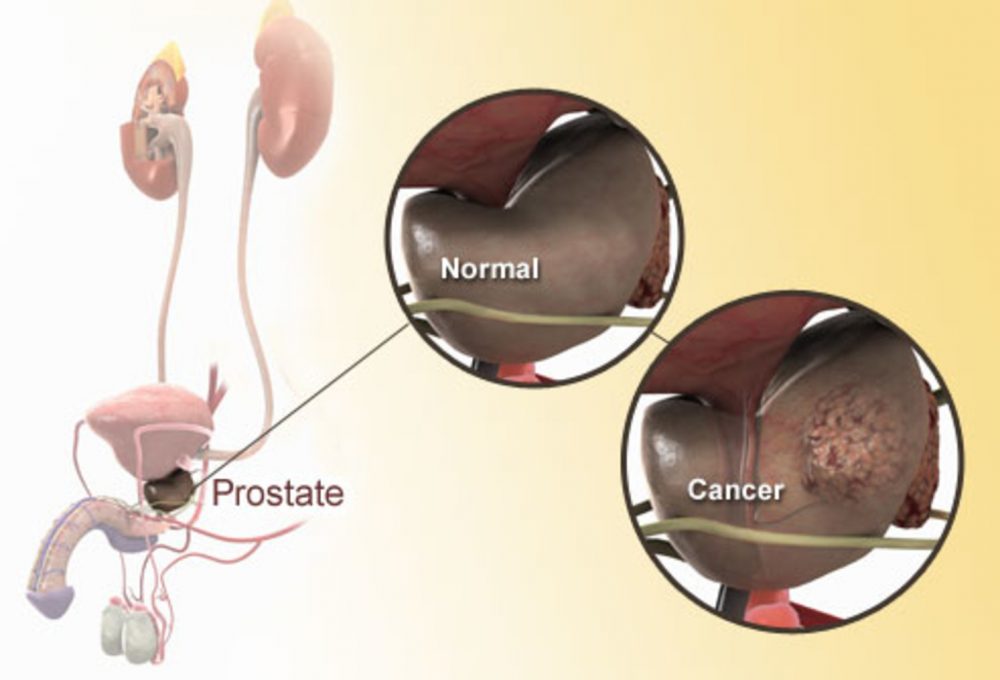 Prostate cancer develops in a man’s prostate, the walnut-sized gland just below the bladder that produces some of the fluid in semen. It’s the most common cancer in men after skin cancer. Prostate cancer often grows very slowly and may not cause significant harm. But some types are more aggressive and can spread quickly without treatment. 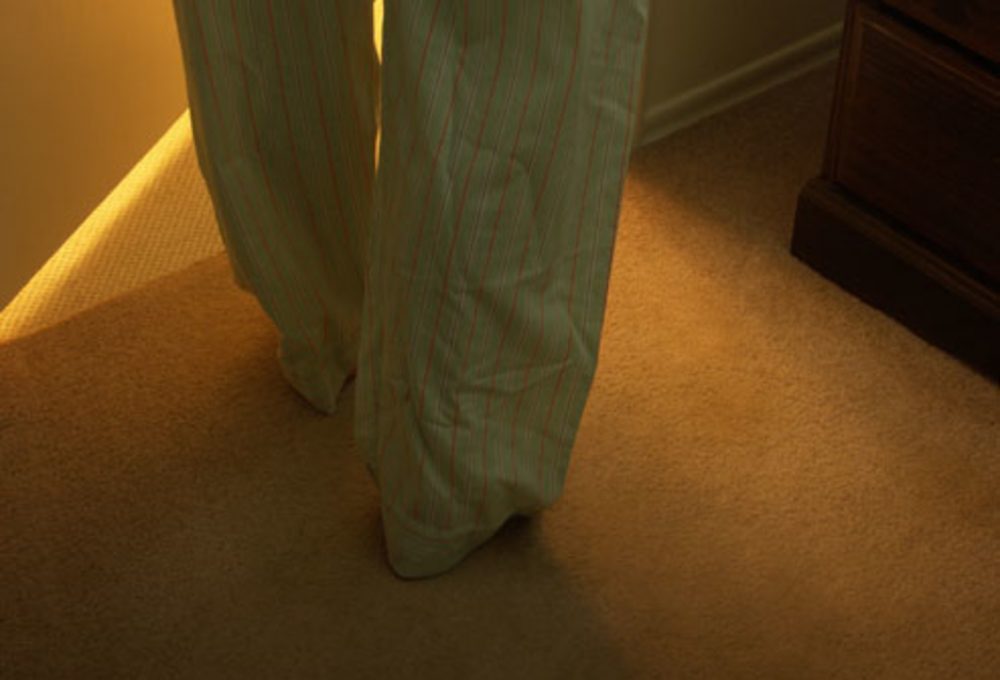 In the early stages, men may have no symptoms. Later, symptoms can include:

Advanced cancer can cause deep pain in the lower back, hips, or upper thighs. 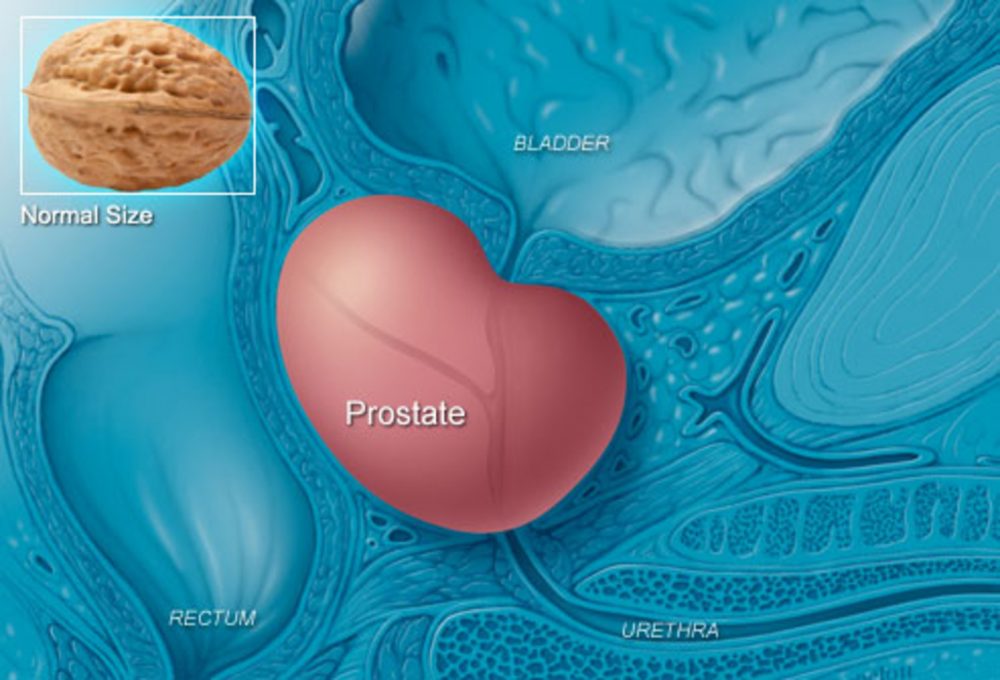 The prostate can grow larger as men age, sometimes pressing on the bladder or urethra and causing symptoms similar to prostate cancer. This is called benign prostatic hyperplasia (BPH). It’s not cancer and can be treated if symptoms become bothersome. A third problem that can cause urinary symptoms is prostatitis. This inflammation or infection may also cause a fever and in many cases is treated with medication. 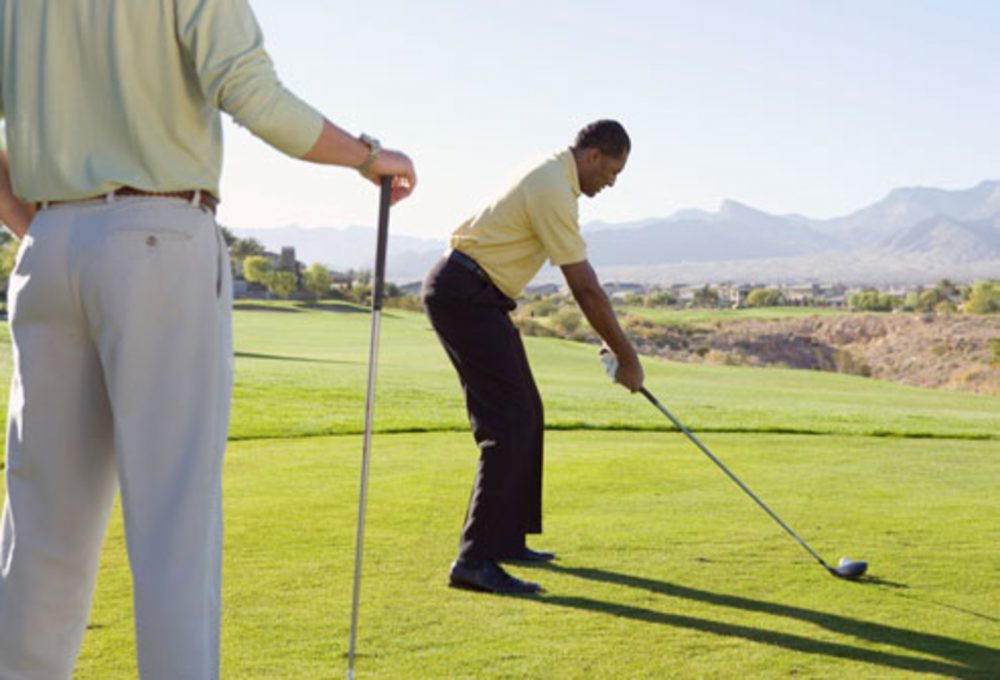 Growing older is the greatest risk factor for prostate cancer, particularly after age 50. After age 70, studies suggest that anywhere from 31% to 83% of men have some form of prostate cancer, though there may be no outward symptoms. Family history increases a man’s risk: having a father or brother with prostate cancer more than doubles the risk. Black people, African, African-American men and Caribbean men of African descent are at high risk and have the highest rate of prostate cancer in the world.

Risk Factors You Can Control 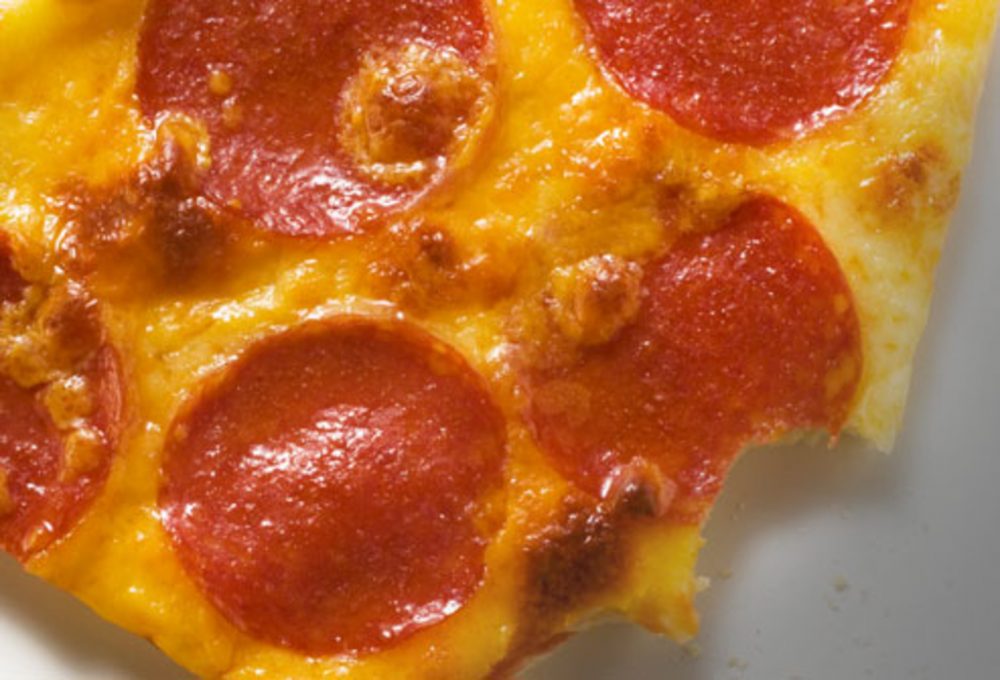 Diet seems to play a role in the development of prostate cancer, which is much more common in countries where meat and high-fat dairy are mainstays. The reason for this link is unclear. Dietary fat, particularly animal fat from red meat, may boost male hormone levels. And this may fuel the growth of cancerous prostate cells. A diet too low in fruits and vegetables may also play a role. 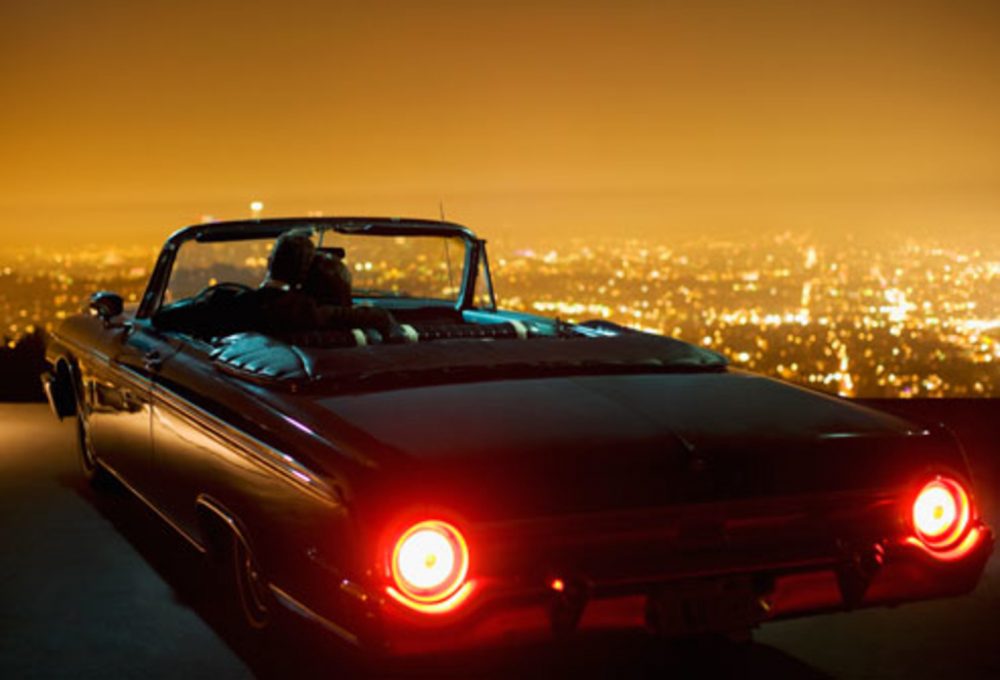 Can Prostate Cancer Be Found Early? 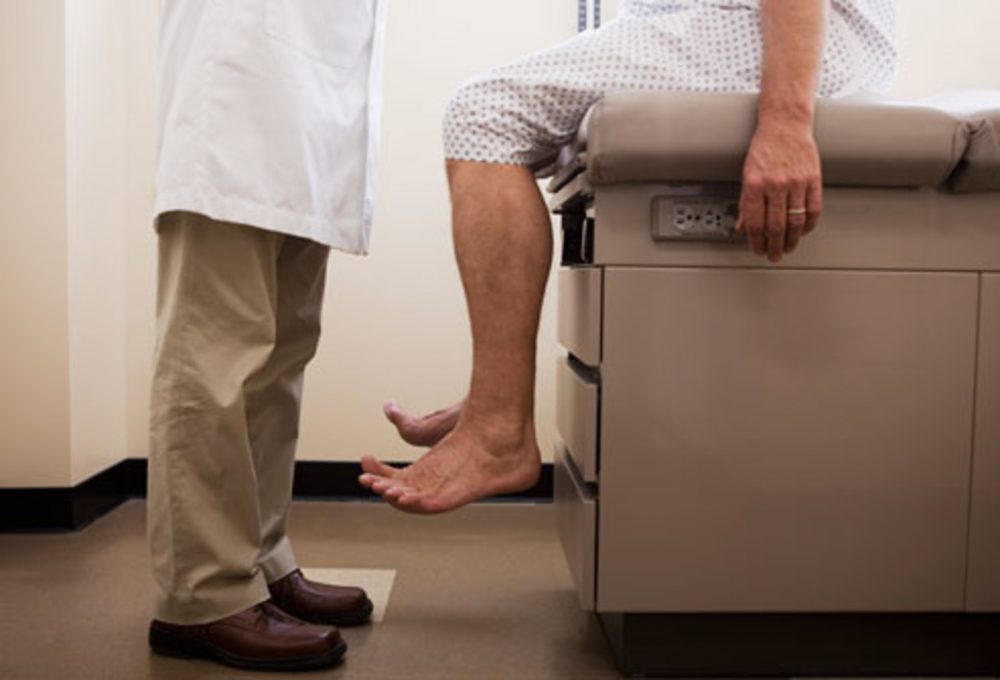 Screening tests are available to find prostate cancer early, but government guidelines don’t call for routine testing in men at any age. The tests may find cancers that are so slow-growing that medical treatments would offer no benefit. And the treatments themselves can have serious side effects. The American Cancer Society advises men to talk with a doctor about screening tests, beginning at:

AHO says that testing may be appropriate for some men age 55 –  69. It recommend that men talk to their doctor to discuss the potential risks and benefits of being tested

Your doctor may initially do a digital rectal exam (DRE) to feel for bumps or hard spots on the prostate. After a discussion with your doctor, a blood test can be used to measure prostate-specific antigen (PSA), a protein produced by prostate cells. An elevated level may indicate a higher chance that you have cancer, but you can have a high level and still be cancer-free. It is also possible to have a normal PSA and have prostate cancer. 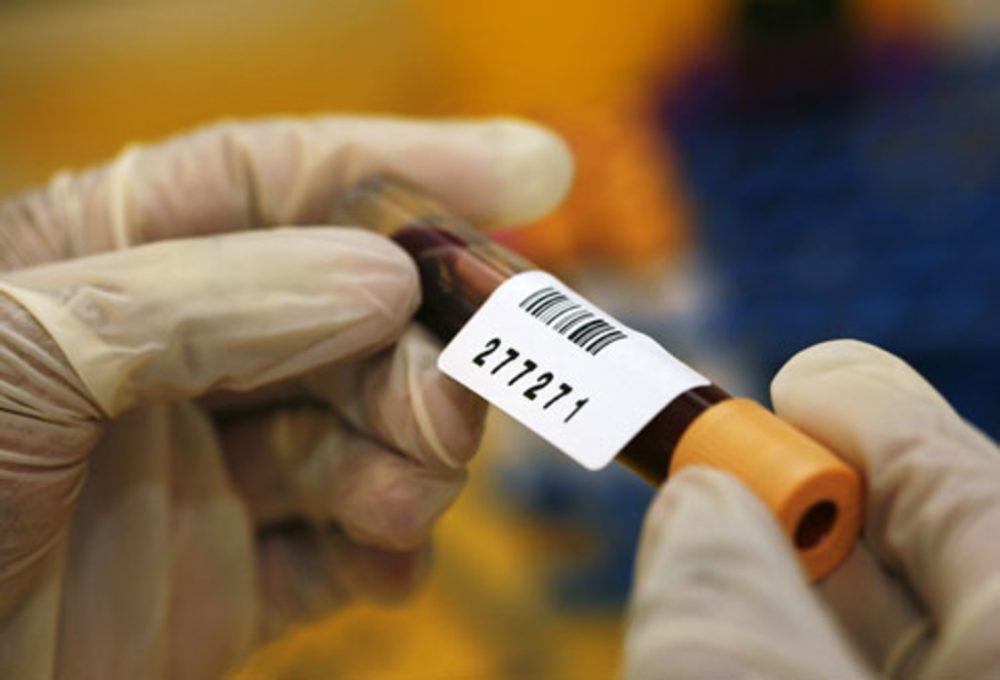 A normal PSA level is considered to be under 4 nanograms per milliliter (ng/mL) of blood, while a PSA above 10 suggests a high risk of cancer. But there are many exceptions:

If either a PSA or DRE test are abnormal, your doctor will likely order other tests.

If a physical exam or PSA test suggests a problem, your doctor may recommend a biopsy. A needle is inserted either through the rectum wall or the skin between the rectum and scrotum. Multiple small tissue samples are removed and examined under a microscope. A biopsy is the best way to detect cancer and predict whether it is slow-growing or aggressive. 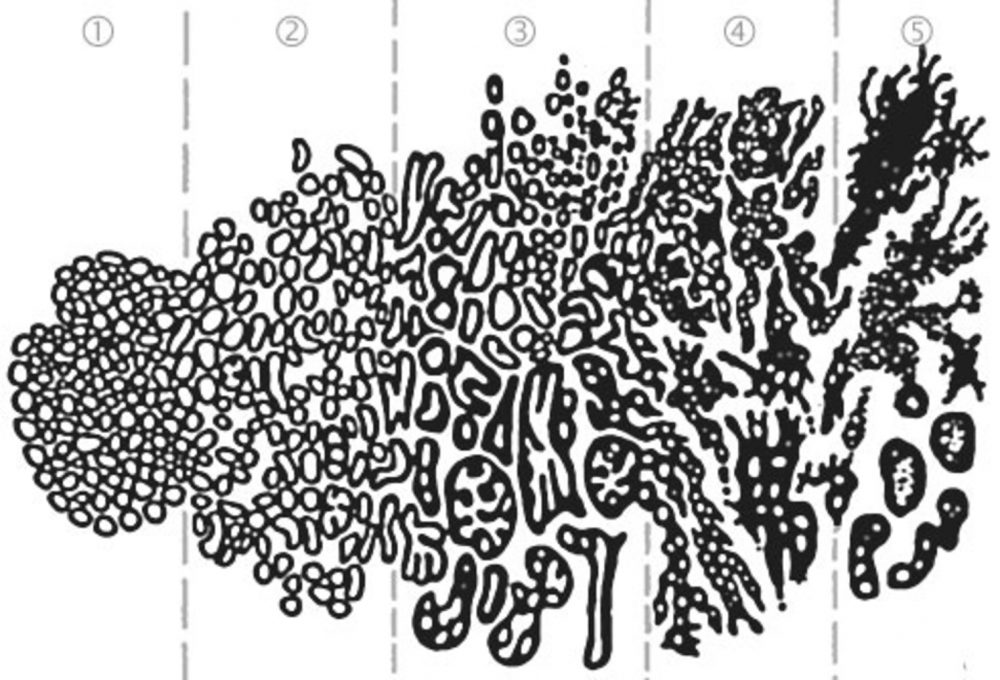 A pathologist looks for cell abnormalities and “grades” the tissue sample from 1 to 5. The sum of two Gleason grades is the Gleason score. These scores help determine the chances of the cancer spreading. Gleason grades of 1 and 2 are not usually given in biopsies, so 6 is typically the lowest score for a prostate cancer. Cancer with Gleason scores of 8 to 10 is called high-grade, and can grow and spread more quickly. Gleason scores help guide the type of treatment your doctor will recommend. 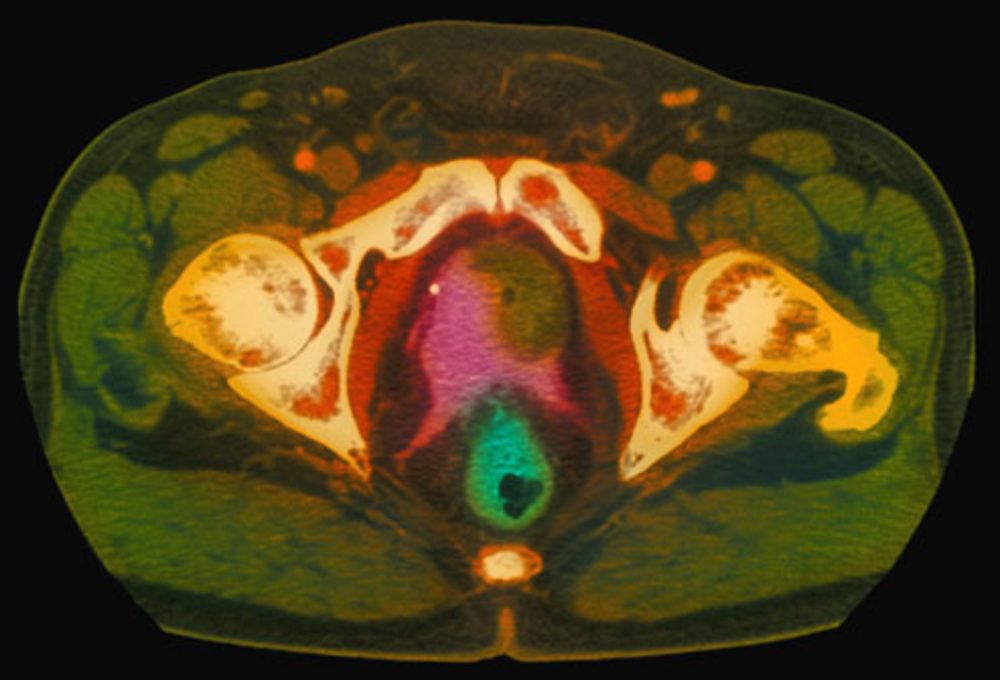 Some men may need additional tests to see if the cancer has spread beyond the prostate. These can include ultrasound, a CT scan, or an MRI scan (seen here). A radionuclide bone scan traces an injection of low-level radioactive material to help detect cancer that has spread to the bone.

In the MRI scan shown here, the tumor is the green, kidney-shaped mass in the center, next to the prostate gland (in pink). 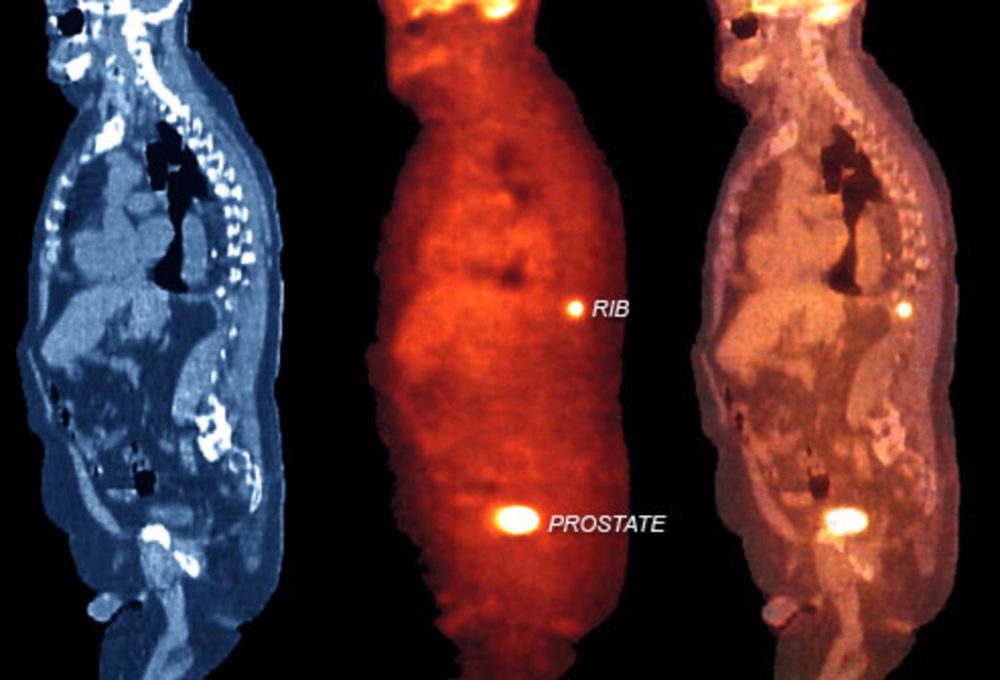 Staging is used to describe how far prostate cancer has spread (metastasized) and to help determine the best treatment. 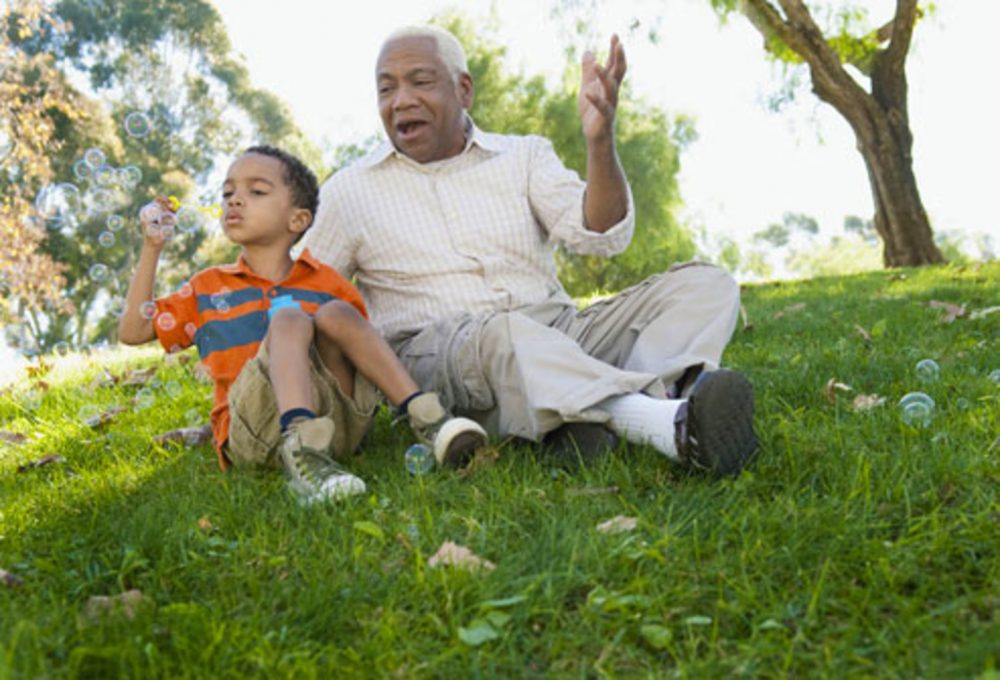 The good news about prostate cancer is that it usually grows slowly. And 9 out of 10 cases are found in the early stages. Overall, the 5-year relative survival rate is 100% for men with disease confined to the prostate or nearby tissues, and many men live much longer. When the disease has spread to distant areas, that figure drops to 29%. But these numbers are based on men diagnosed at least 5 years ago. The outlook may be better for men diagnosed and treated today. 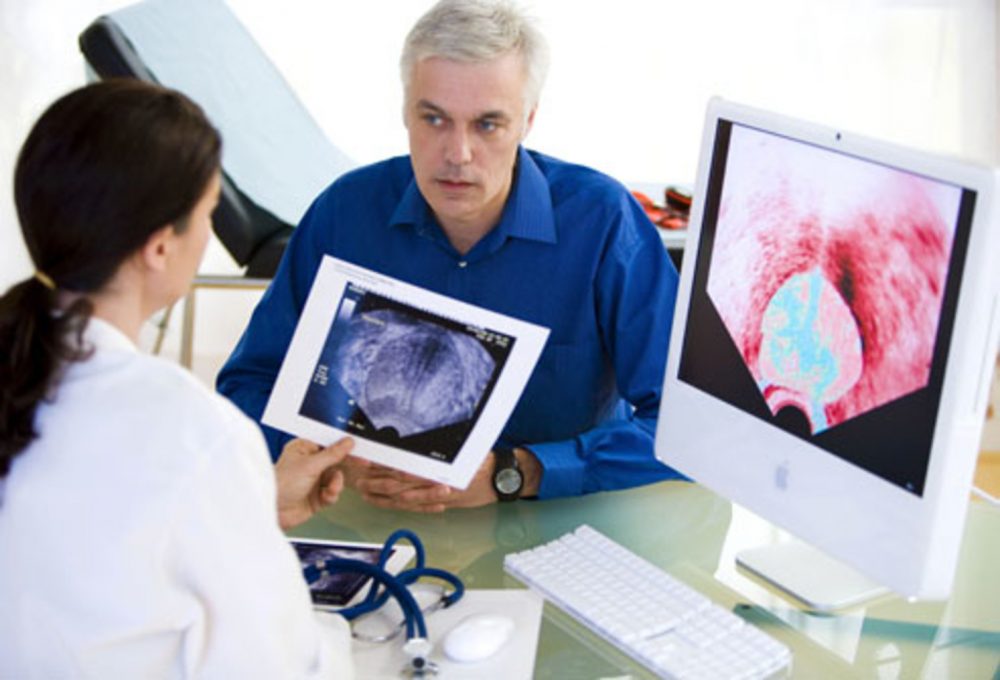 With low-risk cancer, one option is to watch and wait. This is determined by your biopsy, PSA test, and Gleason scores. Your doctor will order periodic testing. Other treatments — with the risk of sexual or urinary problems — may not be necessary. Some men who are older or have serious health conditions may not need treatment. However, more aggressive treatment is usually recommended for younger men or those with more aggressive disease. 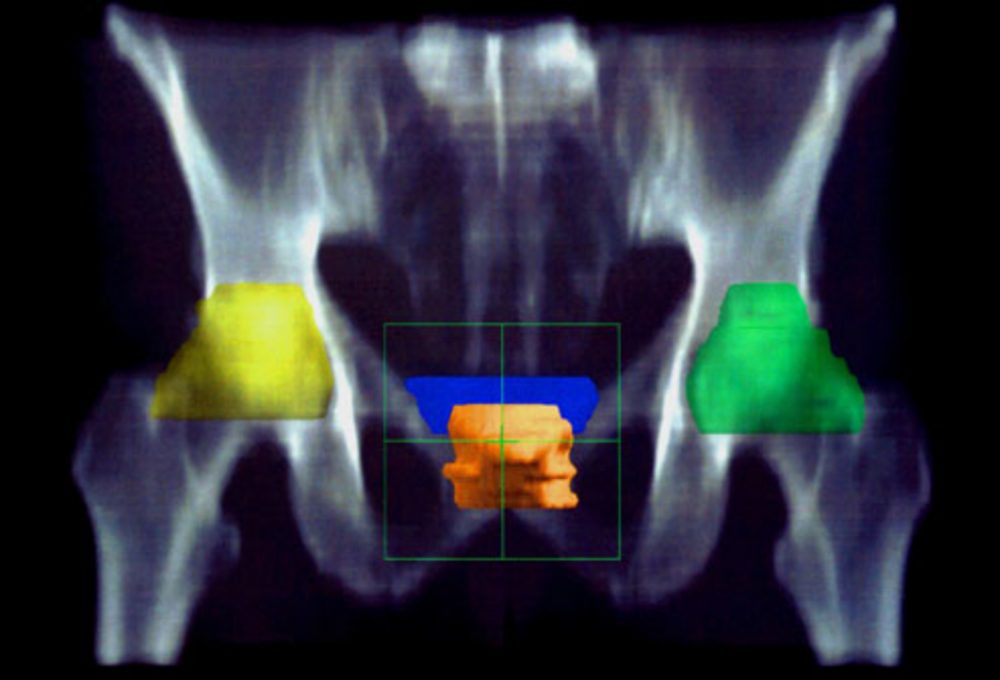 External beam radiation to kill cancer cells can be used as a first treatment or after prostate cancer surgery. It can also help relieve bone pain from the spread of cancer. In brachytherapy, tiny radioactive pellets about the size of a grain of rice are inserted into the prostate. Both methods can impair erectile function. Fatigue, urinary problems, and diarrhea are other possible side effects. 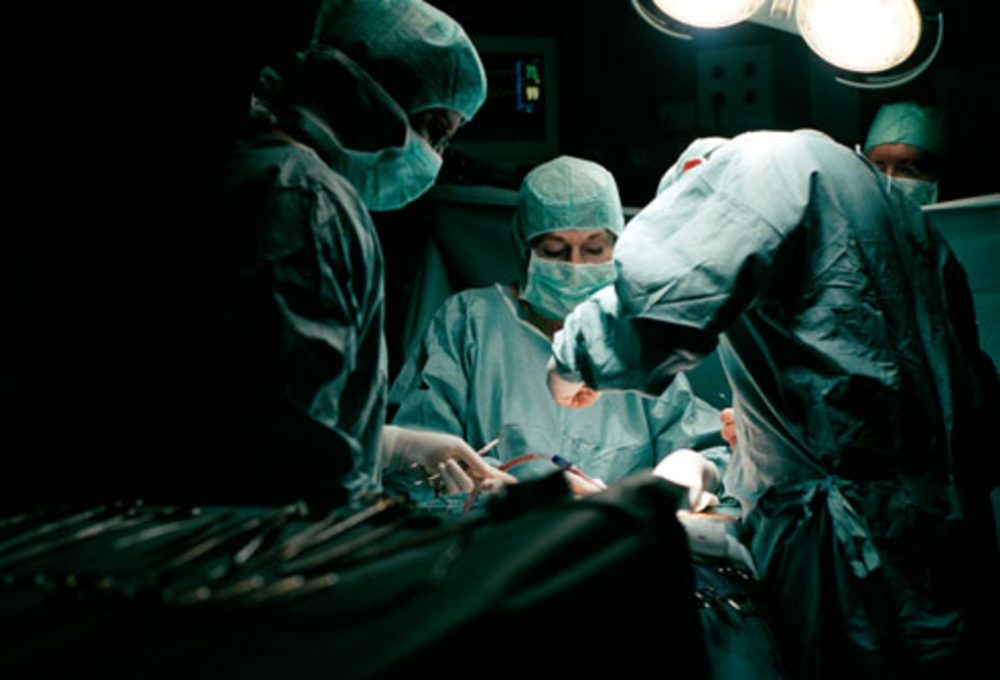 Removing the prostate, or radical prostatectomy, is used to eliminate the cancer when it is confined to the prostate. New techniques use smaller incisions and seek to avoid damaging nearby nerves. If lymph nodes are also cancerous, prostatectomy may not be the best option. Surgery may impair urinary and sexual function, but both may improve over time. 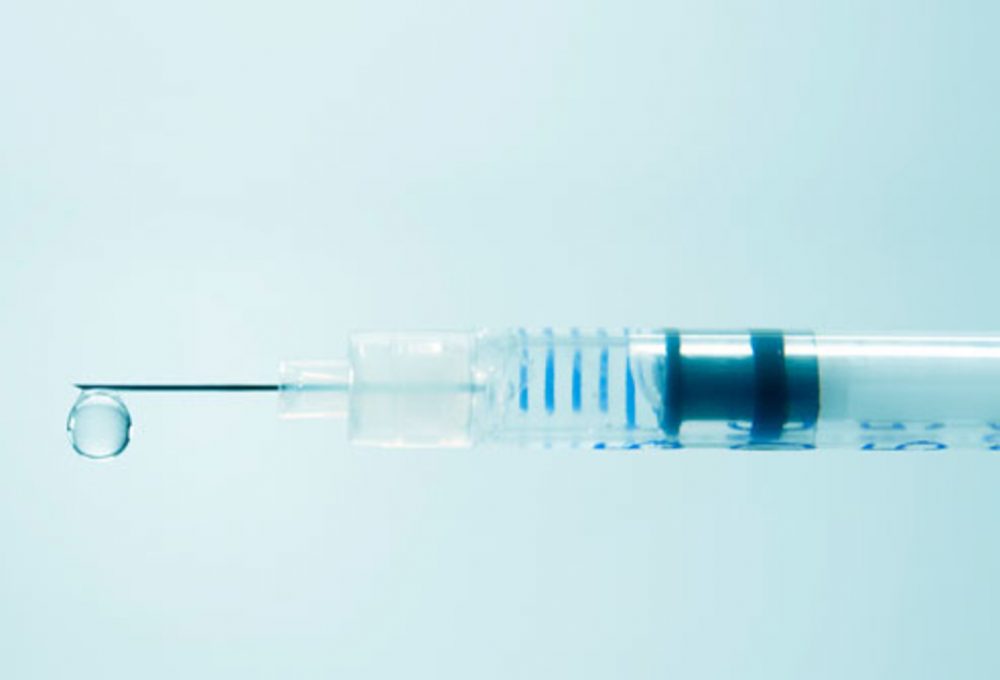 Hormone therapy may shrink or slow the growth of cancer, but unless it is used with another therapy it will not eliminate the cancer. Drugs or hormones block or stop the production of testosterone and other male hormones, called androgens. Side effects can include hot flashes, growth of breast tissue, weight gain, and impotence. 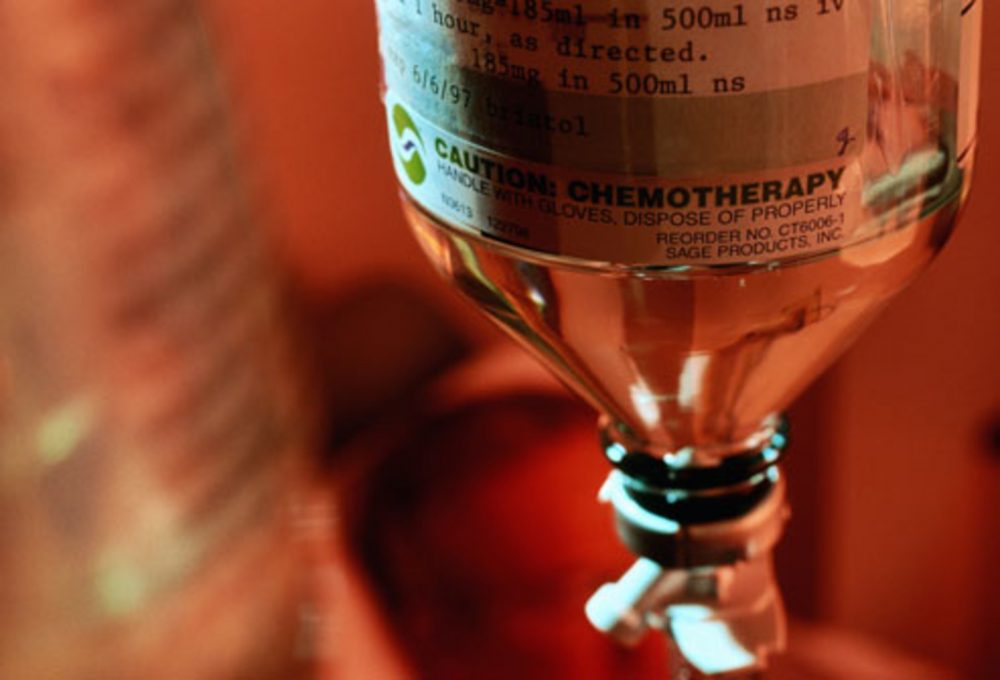 Chemotherapy kills cancer cells throughout the body, including those outside the prostate, so it is used to treat more advanced cancer and cancer that did not respond to hormone therapy.  Treatment is usually intravenous and is given in cycles lasting 3-6 months. Because the chemotherapy kills other fast-growing cells in the body, you may have hair loss and mouth sores. Other side effects include nausea, vomiting, and fatigue. 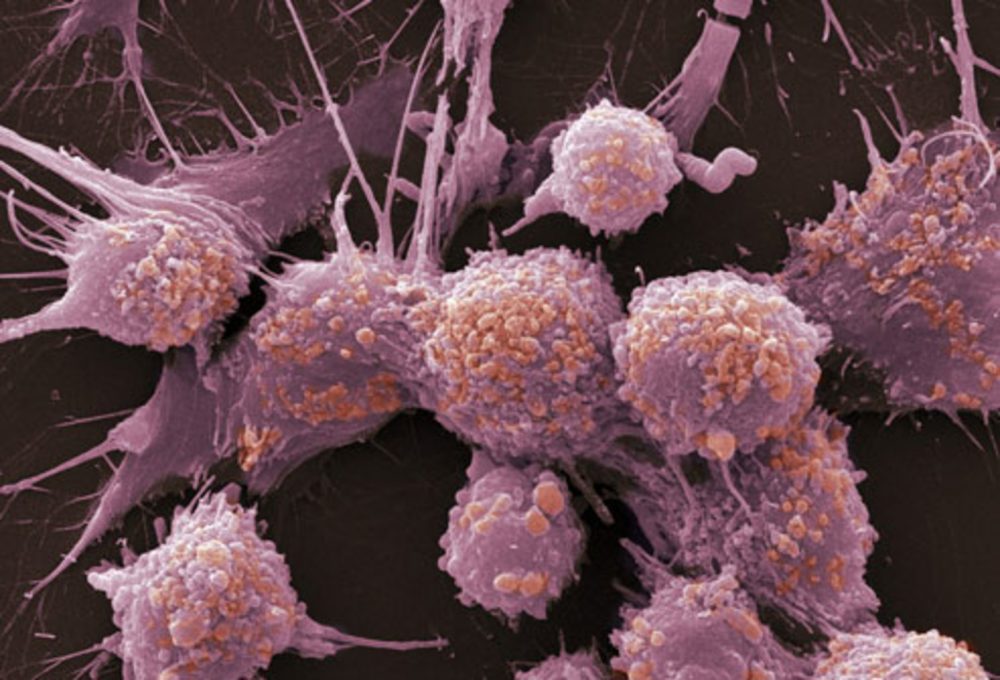 Cryotherapy freezes and kills cancerous cells within the prostate (like the highly magnified cells shown here.) It is not as widely used because little is known about its long-term effectiveness. It’s less invasive than surgery, with a shorter recovery time. Because the freezing damages nerves, many men become impotent after cryosurgery. There can be temporary pain and burning sensations in the bladder and bowel. 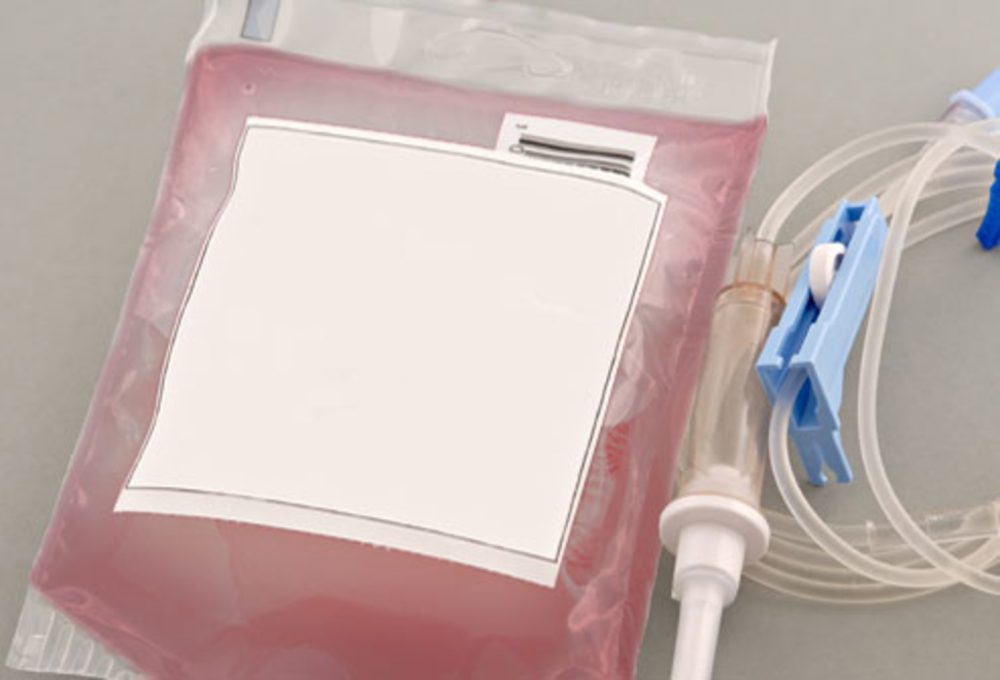 This vaccine is designed to treat, not prevent, prostate cancer by spurring your body’s immune system to attack prostate cancer cells. Immune cells are removed from your blood, activated to fight cancer, and infused back into the blood. Three cycles occur in one month. It’s used for advanced prostate cancer that no longer responds to hormone therapy. Mild side effects can occur such as fatigue, nausea, and fever.