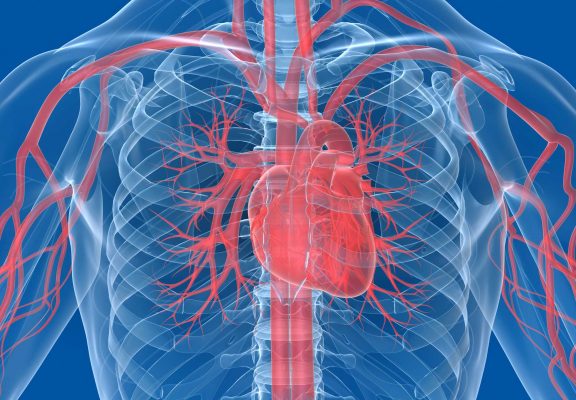 The Link Between Cancer and Heart Disease

When you’re facing down cancer, heart disease isn’t top of mind. Yet, it turns out many cancer patients face a greater risk from cardiovascular disease (CVD) than from their cancer. More than 1 in 10 cancer patients dies from heart and blood vessel problems, rather than cancer.

Researchers have known for several decades that many lifesaving cancer treatments have an ironic flip side — they can create heart problems. Recent data based on major cancer trials has underscored this troubling link. And that’s given rise to a new kind of medical specialty: cardio-oncology.

“The C-word is this scary thing to people. But we should be just as scared of heart disease,” says Dr. Jordan Ray, director of the Mayo Clinic’s new cardio-oncology practice in Jacksonville, Fla.

When the possibility of heart disease is not addressed, Ray says, cancer survivors are apt to face life-threatening issues like heart failure, valve disease, coronary artery disease or arrythmia.

More than 1 in 10 cancer patients dies from heart and blood vessel problems, rather than cancer, finds a new Penn State College of Medicine study based on 40 years of data on over 3 million patients.

Why the Practice of Cardio-oncology is Growing

Centers with cardio-oncology services have doubled since 2014. Almost every major academic institution has started one in the past few years. But current need outstrips the number of specialists with this training, according to a scientific review published in May 2019.

Why the Rapid Expansion Now?

There are three reasons for the rapid expansion.

First: awareness. Thanks to early detection and better treatments, cancer patients are surviving longer, so doctors have been better able to see long-term cardiovascular consequences unfold. Of the nearly 17 million cancer survivors in the U.S., those who live five years beyond prognosis (now the majority of patients) have a 1.3- to 3.6-fold increased odds of CVD risk factors, according to the American College of Cardiology. In some cases, that’s up to eight times the risk of heart disease in the general population.

“Cardio-oncology was born out of the successes of cancer biology and treatment,” says Dr. Aarti Asnani, director of the cardio-oncology program at Beth Israel Deaconness Medical Center in Boston, who also teaches at Harvard Medical School. “Improved survival rates mean that for the first time, we’re talking to patients about what’s to come.”

Third: demographics. Many of the risk factors for heart disease (the No. 1 killer in the U.S.) and cancer (No. 2) overlap, like obesity, smoking and inactivity. New cancer patients often have pre-existing heart issues that can complicate care. An aging, out-of-shape population will mean more intersection between the diseases.

Breast cancer has become the “poster child” for cardio-oncology, Asnani says, because some of its most effective drug treatments, such as the chemotherapy agents doxorubicin [brand name Adriamycin] and trastuzumab [brand name Herceptin], have been shown to decrease the heart’s pumping ability, leading to heart failure.

In 2019, the American Heart Association confirmed this link in its first scientific statement on the subject. It pointed out that although breast cancer is often perceived as the top risk to women’s health, it is actually CVD — even for breast cancer survivors.

But only half of the story would be told by a media awareness campaign festooning the pink ribbons of breast cancer awareness on heart disease’s Wear Red Day dresses.

Cardiovascular disease, not cancer, kills half of those with breast, endometrial, prostate and thyroid cancers.

Any cancer treatment has the potential for cardiotoxicity, Asnani says. CVD, not cancer, kills half of those with breast, endometrial, prostate and thyroid cancers, the Penn State research found. Aggressive cancers, like stomach, gallbladder, pancreas, ovary and multiple myeloma, also raise risks.

It’s rare that life-saving therapies are stopped to spare the heart, Ray says. Rather, cardiovascular health is addressed at each stage on a case-by-case basis. Heart failure damage, for example, may not show up for several years, though it can be reversed or lessened with early treatment.

Risk-factor reduction is another growing area. For example, cancer patients who exercise have less heart damage from chemotherapy and might benefit from a tailored exercise prescription, found an October 2019 paper in the European Journal of Preventative Cardiology.

It’s still hard to predict individual risks. “We don’t know if a given cardiovascular disease is due to the cancer itself, a genetic relationship with the cancer or cancer therapies — probably some of all of them,” Ray says.

There is particular concern for those who have:

Ray recommends that people facing a cancer treatment ask their oncologists about cardiovascular risks, and whether a cardio-oncology referral would be useful. (Although most programs use the term cardio-oncology, you also see “onco-cardiology,” which, technically, is a bit more accurate. “We have big debates about this at professional meetings.” Asnani says.)