TB is considered one of the leading single agent infectious diseases causing adult death in developing countries ranking above HIV.

Africa continues to bear a significant proportion of the global burden of tuberculosis. Out of an estimated 9.6 million tuberculosis patients globally, almost 2.7 million of them live in Africa.

People who are infected with HIV are 20 to 30 times more likely to develop active TB. More than 880 000 HIV-infected TB patients, or 3 out of 4 people infected with TB and HIV, live in Africa.

AHO estimated that between 32 000 to 49 000 multidrug-resistant tuberculosis (MDR-TB) patients live in Africa. A total of 26 531 (83%) of estimated MDR-TB patients were notified in 2014. Sixty-eight percent of diagnosed cases have been enrolled on treatment but with a treatment success rate of only 55% in 2012. MDR-TB remains a public health crisis due to gaps in access to diagnosis and treatment. Drug resistant TB should be prevented by adhering to AHO recommended treatments.

In order to better and quicker detect TB, the TB microscopy centres increased from 10 469 in 2009 to 15 200 at the end of 2014. Culture and TB Drug Susceptibility Testing (DST) laboratory coverage has however been very low. AHO recommends moving from microscopy to recently introduced rapid diagnostic methods. Attaining optimal coverage with rapid diagnostics and treatment of all diagnosed patients is key to ending TB.

Africa accounts for 1.26 million (42%) of the globally estimated 3 million tuberculosis cases that remain undetected. Sixteen Member Sates of Africa are among the 30 globally identified TB High Burden Countries, which contribute over 90% of the burden of TB, TB/HIV and MDR/TB worldwide

Typical symptoms of TB include:

You should see a docto if you have a cough that lasts more than three weeks or you cough up blood.

TB is a bacterial infection. TB that affects the lungs (pulmonary TB) is the most contagious type, but it usually only spreads after prolonged exposure to someone with the illness.

In most healthy people, the body’s natural defence against infection and illness (the immune system) kills the bacteria and there are no symptoms

With treatment, TB can almost always be cured. A course of antibiotics will usually need to be taken for six months.

Several different antibiotics are used because some forms of TB are resistant to certain antibiotics.

If you’re infected with a drug-resistant form of TB, treatment with six or more different medications may be needed.

If you’re diagnosed with pulmonary TB, you’ll be contagious for about two to three weeks into your course of treatment.

The BCG vaccine offers protection against TB, and is recommended on the NHS for babies, children and adults under the age of 35 who are considered to be at risk of catching TB.

The BCG vaccine isn’t routinely given to anyone over the age of 35 as there’s no evidence that it works for people in this age group.

If you’re a healthcare worker or NHS employee and you come into contact with patients or clinical specimens, you should also have a TB vaccination, irrespective of age 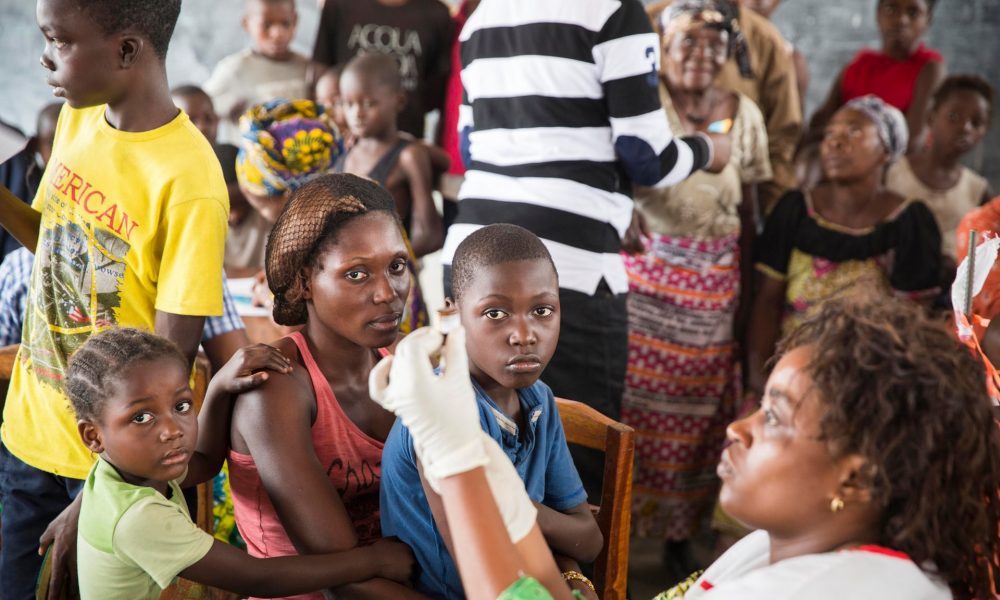