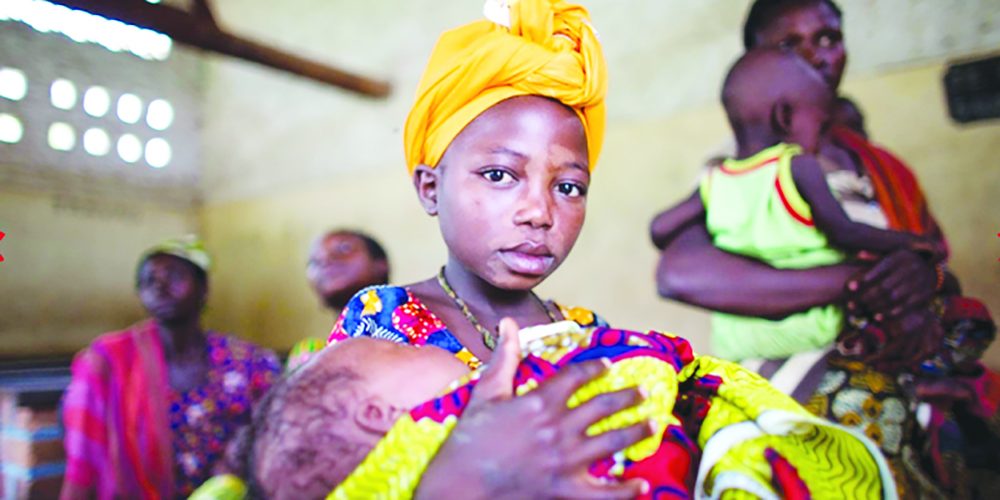 More than 250 million women alive today were married before their 15th birthday, many against their will.

Child marriage robs them of their childhoods, education, health and freedom, and subjects girls to rape and abuse for the rest of their lives.

Girls living in the poorest, rural areas of sub-Saharan Africa are the most vulnerable. As populations continue to grow, hundreds of millions of girls remain at risk.

Local AHO workers are working to end child marriage in their communities – bringing perpetrators to justice, educating communities on the negative effects of child marriage, and empowering girls to have a voice and say no.

What is the difference between child marriage, forced marriage and arranged marriage?

Child marriage is any formal marriage or informal union where one or both people are under 18 years old.

A forced marriage is where one or both people do not consent to the marriage and pressure or abuse is used. Pressure can include threats, physical or sexual violence, and financial pressure. This is different to an arranged marriage, where both people have consented to the union but feel free to refuse if they want to. All child marriages are forced, because a child cannot provide informed consent, and are therefore a violation of children’s rights.

Child marriage also affects boys, but to a lesser degree than girls. In the Central African Republic, the country where boys are most likely to be married in childhood, the levels of child marriage among girls are still more than twice those seen among boys.

Where does child marriage happen?

Child brides can be found in every region in the world, from Africa to the Middle East to Latin America, South Asia to Europe. It is a global problem.

In the UK, the Home Office’s Forced Marriage Unit supported over 1,400 suspected cases of forced child marriage in 2016.

In many communities across these regions, girls are being violently abducted before being forced to marry their captors, usually many years older than them.

Worldwide, more than 250 million women alive today were married before their 15th birthday, many against their will

What are the causes of child marriage?

Despite laws against child marriage in most countries, various exceptions to the minimum age undermine these laws and make them difficult to enforce. Exceptions include parental consent, authorisation of the court, or local customary or religious laws.

The reasons for child marriage differ from country to country, but in sub-Saharan Africa – where the practice is most widespread – the key drivers are gender inequality, and poverty.

Communities expect girls to become wives and mothers, and with limited opportunities for education and work there are often not many alternatives. Even if opportunities are available, the social norm of valuing boys over girls means parents often do not think it worthwhile investing in their daughter’s education.

Younger wives are also considered better as they are expected to be more obedient and more likely to be a virgin.

Child marriage is also closely linked to female genital mutilation (FGM) – the partial or full cutting of a girl’s clitoris and labia for non-medical reasons – which is considered essential for marriage in many communities, particularly in sub-Saharan Africa.

The social stigma of not following tradition ensures the practice continues.

For poor families with many children, marrying their daughter off early can mean one less mouth to feed. In addition, there is also a financial aspect due to dowry and bride price traditions.

What are the effects of child marriage?

Child marriage is an act of violence and a violation of girls’ rights. It denies them their childhood, the chance to go to school, to be independent and to choose their own future.

For many girls child marriage subjects them to rape and abuse for the rest of their lives. Isolated from friends and family they have limited means to get support or share what they are going through.

Health and lives at risk

With limited education and decision-making power, girls are not in a position to influence decisions over safe sex and family planning, which puts them at high risk of sexually transmitted diseases including HIV, and of giving birth before their bodies are ready.

Girls are physically unprepared for childbirth, because of the restrictions in movement they face as a girl-child in their community, lack of access to sexual and reproductive health and rights information, as well as not being biologically mature enough to give birth.

Early childbearing puts girls’ lives at risk, and increases the chance of stillbirth, infant mortality, and disabling complications for the mother such as obstetric fistula.

For girls who have also hadfemale genital mutilation (FGM), sex and giving birth can be excruciatingly painful, and they are at far higher risk of complications from childbirth.

When girls’ education is cut short, girls lose the chance to learn the knowledge and skills they need to secure a good job and provide for themselves and their families. Girls who have little or no education are up to six times more likely to be married as children than girls who have secondary schooling.

They also lose the opportunity to be empowered, make friends, and develop social networks and confidence that will help them stand up for their own interests.

As a result, millions of girls continue to be held back and remain living in poverty.

How AHO is working to stop child marriage and bride

AHO works to end child marriage in 54 countries across sub-Saharan Africa. Our local staff tackle it on many fronts – from bringing perpetrators to justice, to changing minds and behaviours in local communities, to campaigning at a regional, national and international level to influence policies and legislation to end violence against girls.

AHO trains and supports local networks of women and men to reach out to their neighbours, families, officials and village leaders to highlight the negative effects of early child marriage and pregnancy, and how keeping girls in school can benefit the whole community.

Educated girls are better equipped to contribute to their own well-being and that of their future families, and contribute to reducing poverty in their communities and countries as a whole.

The community-led anti-violence teams confront the perpetrators of child marriage directly, either face to face or through formal letters, and work to ensure girls at risk are returned to their families. If captors do not co-operate, the teams work with the authorities to bring them to justice.

AHO trains female teachers to run girls’ clubs in schools and communities, to empower girls to understand and live out their rights, including saying no to child marriage. The women are role models to the girls, showing them that finishing their education is possible.