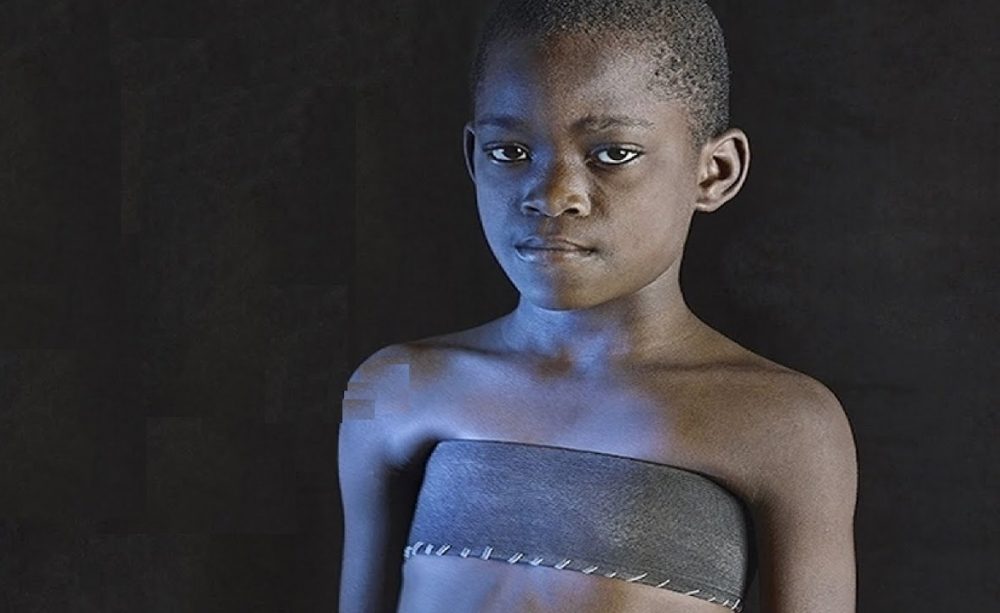 Breast ironing, also known as breast flattening, is the pounding and massaging of a pubescent girl's breasts, using hard or heated objects, to try to make them stop developing or disappear.

It is typically carried out by the girl’s mother who will say she is trying to protect the girl from sexual harassment and rape, to prevent early pregnancy that would tarnish the family name, or to allow the girl to pursue education rather than be forced into early marriage. It is mostly practiced in parts of Cameroon, where boys and men may think that girls whose breasts have begun to grow are ready for sex. Some reports suggest that it has spread to the Cameroonian diaspora, for example to Britain, where the government classifies it as child abuse. The most widely used implement for breast ironing is a wooden pestle normally used for pounding tubers. Other tools used include leaves, bananas, coconut shells, grinding stones, ladles, spatulas, and hammers heated over coals.

Breast ironing is extremely painful and can cause tissue damage. As of 2006, there have been no medical studies on its effects. However, medical experts warn that it might contribute toward breast cancer, cysts and depression, and perhaps interfere with breastfeeding later. Other possible side-effects reported by GIZ include breast infections, the formation of abscesses, malformed breasts and the eradication of one or both breasts. The practice ranges dramatically in its severity, from using heated leaves to press and massage the breasts, to using a scalding grinding stone to crush the budding gland. Due to this variation, health consequences vary from benign to acute. The Child Rights Information Network (CRIN) reports the delay of breast milk development after birth, endangering the life of newborns.

Breast ironing can cause women to fear sexual activity. Men have said that breast loss detracts from women’s sexual experiences, although this has not been corroborated by women.

Aside from physical effects, many women suffer mental trauma after undergoing breast ironing. Victims feel as if it is punishment and often internalise blame, and fear breastfeeding in the future. Victims may lose confidence and believe that they should not have breasts.