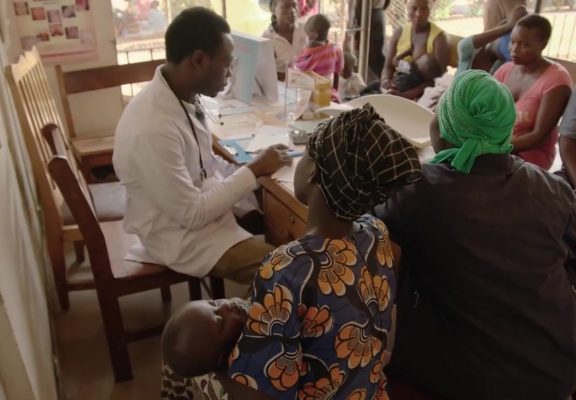 AHO to tackle noncommunicable disease in Africa through health checks

When it comes to health issues in Africa, people think of chronic hunger, or infectious diseases such as malaria or HIV/AIDS. But Africa is simultaneously struggling with an increase in noncommunicable diseases, most of them related to obesity.

The recently published Global Wellness Index set alarm bells ringing when South Africa scored poorly for life expectancy, alcohol use, depression and diabetes. When stacked up alongside the G20 nations and the 20 most populous countries, South Africa – once a shining beacon of economic growth – came last. But for anyone who has worked in health care in the country, or elsewhere in Africa, this is no surprise at all.

South Africa is not alone in facing these challenges. Other parts of Africa have some of the highest rates of high blood pressure in the world, estimated to afflict 46 percent of adults, while obesity, another risk factor, is on the increase. According to a Kenyan government survey more than 40 percent of women aged 30 to 40 are overweight or obese.

According to the World Health Organization, noncommunicable diseases (or NCD for short) kill 41 million people each year, equivalent to 71 percent of all deaths globally. Cardiovascular diseases account for most NCD deaths, followed by cancer, respiratory diseases and diabetes. Many of the risk factors — tobacco use, physical inactivity, the harmful use of alcohol and unhealthy diets — are particularly prominent in parts of Africa. A quarter or more of adults in many African countries have at least three of these four risk factors. Most of these adults are women aged 45 to 64.

One of the main causes are dietary habits that include too many refined carbohydrates, oils and sugars that have come with the proliferation of convenience foods. In addition, there is a traditional belief that excess weight is a symbol of prosperity and wealth. Often obese people are unaware of the risks until told by doctors, and most of them say they wish they had known about it earlier.

Aside from the medical issues, treatment of NCDs often imposes a large financial burden on patients’ relatives and friends. When I first came to Africa as a rural development officer for the Japan International Corporate Agency seven years ago, I was surprised that many people, including strangers, often asked me for financial help. I later realized that giving monetary help is quite a natural thing in Africa. Even the poor are willing to give money to help others. In Kenya, the practice is called “harambee,” which means to work together to overcome difficulties.

And yet by the time relatives are scrambling for emergency funds for, say, insulin, it’s often too late. The best solution to these problems is the prevention and early diagnosis of NCDs. This is where Japan has accumulated much knowledge and experience and can help serve as a guide.

As Japan faces the reality of an aging society, it has become a leader in the prevention, early detection and immediate intervention in cases of NCDs through special health check-ups and specific health guidance. As a result, Japan has the world’s longest life expectancy and the obesity rate remains among the lowest within the OECD countries.

Of course, Africans are not going to start adopting a diet of sushi, but the use of preventive exams and smartphone apps in Kenya is now providing guidance and support so people make healthier food choices, increase physical activity and stay on track to maintaining a healthy weight.

Support for initiatives to tackle high obesity rates has been patchy. Currently, South Africa is the only country in the region to have a tax on sugary drinks. When the Department of Health announced it also wanted to put front-of-pack warning labels on junk food, the sugar industry complained that the sugar tax is already losing profit and jobs. Meanwhile, South Africa has the highest obesity rates in sub-Saharan Africa, which also impacts on productivity and increases absenteeism. A recent study showed the economic impact of obesity in South Africa is $48.8 billion per year.

Awareness of the importance of prevention is starting to grow. However, bold measures are needed by giving priority to tackling obesity as one of the main drivers as NCDs. Many of those living in Africa do not know their health status and, even when they do, they’re not sure how to respond. In small towns, for example, there is only a limited selection of healthy foods in the stores, and they are generally more expensive.