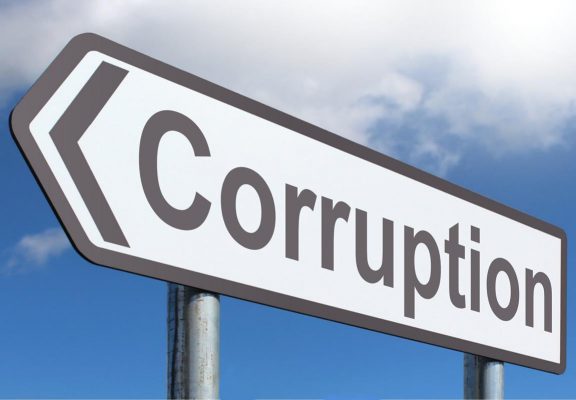 Transparency International’s Global Corruption Barometer – Africa 2019 has found more than half of 47,000 citizens in the 35 countries surveyed believe their nation is becoming more corrupt – and that the government isn’t doing enough to tackle the problem.

More than one in four people who answered the survey had paid a bribe to access public services from healthcare to education in the previous year.

The report says: “Corruption is hindering Africa’s economic, political and social development… More than this, it affects the wellbeing of individuals, families and communities.”

Who does bribery impact?

Out of all the countries surveyed, people in the Democrat Republic of Congo are most affected, with 80% of public service users saying they’d paid a bribe in the past 12 months and 85% thinking corruption in the country is getting worse.

Mauritius was found to have one of the lowest bribery rates on the continent, with just 5% of those surveyed reporting having paid one in the previous year. Mauritians are reasonably optimistic about action being taken against corruption, with 55% believing this.

Within the countries surveyed, the poorest are hardest hit by corruption – with the cost of bribes meaning families have less money to pay for essentials like medicine, food and water.

Young people aged between 18 and 34 were also found to be more likely to pay bribes than those aged over 55.

And in some countries, including Kenya, Malawi, Nigeria and Uganda, two-thirds of people fear retaliation if they speak up about corruption, so it goes unreported.

Who’s the most corrupt? 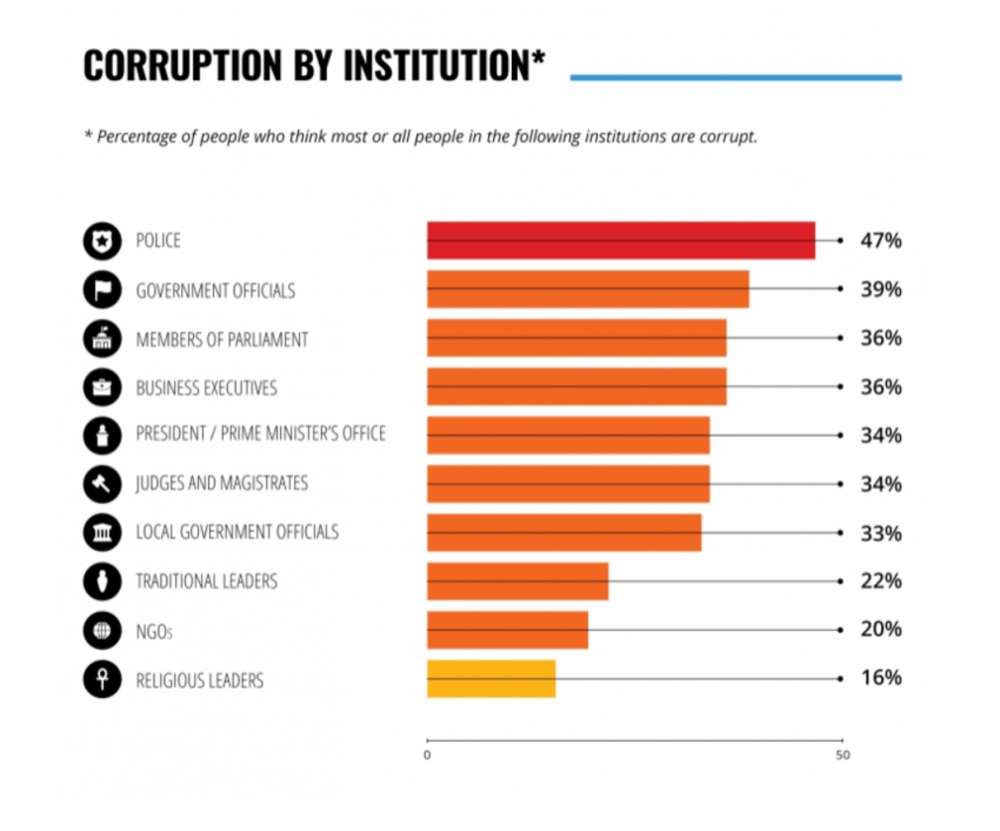 Almost half of the respondents believe “most or all people” in the police force are corrupt, followed by government officials and members of parliament as the least-trusted public figures.

At the other end of the scale, only 16% of people perceive religious leaders to be corrupt.

The police also earn the highest bribery rate across the continent, with 28% of people who have had dealings with them in the previous year having paid a bribe.

Schools, public clinics and health centres are also featured among services to whom people paid bribes.