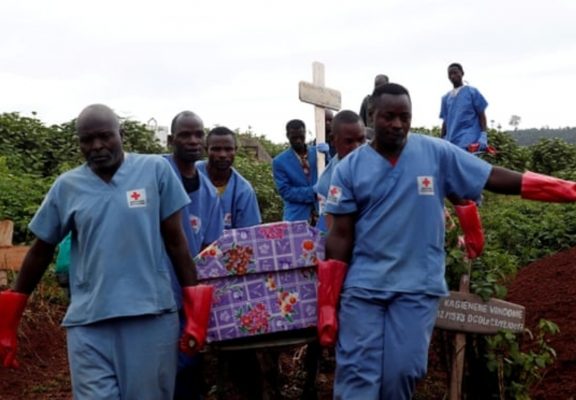 Experts at an emergency meeting on the recent escalation of Ebola in the Democratic Republic of the Congo have stopped short of declaring a global health crisis, but expressed grave concern over the regional threat posed by the rising number of cases.
More than eight months into the epidemic, which has killed 751 people, agencies warned the disease is still not under control. The response to the outbreak has been complicated by conflict, political instability, and distrust of Ebola services.
Since the epidemic began in August, 1,206 cases have been recorded. More than 150 of these have occurred over the past fortnight.
An experimental vaccine, thought to be highly effective, is being offered to known contacts of Ebola patients, as well as contacts of contacts and frontline workers. But experts warn this approach, known as “ring vaccination”, relies on teams quickly tracing all contacts at risk – a resource-intensive task that requires community trust. 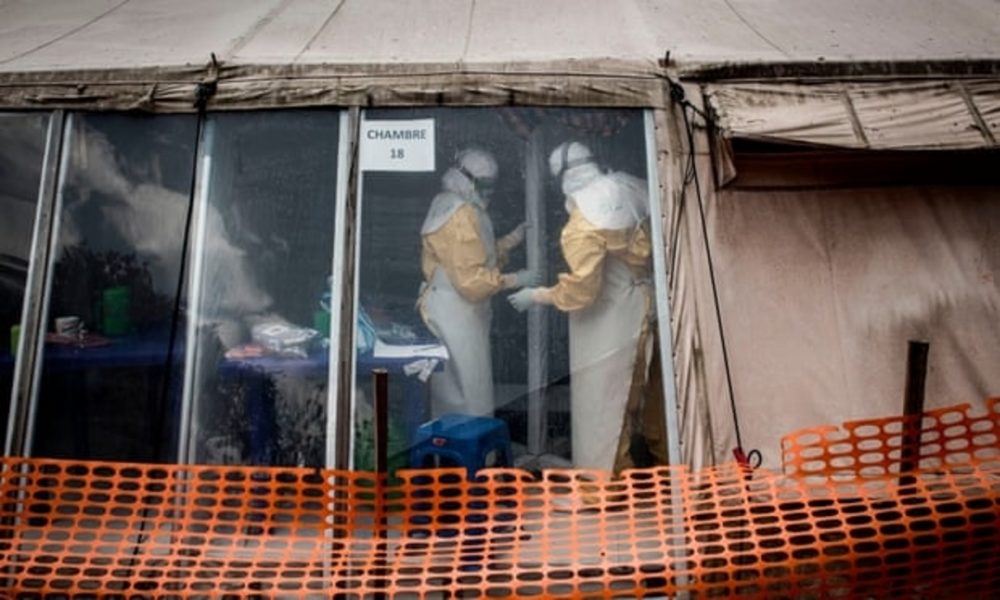 “Around 60% of new cases, day in, day out, are people we don’t know,” said Jean-Philippe Marcoux, country director for international aid group Mercy Corps. “There’s also a very large proportion of community burials, and that’s when the deceased are the most infectious, and the highest chances of transmission.”

On Wednesday, 18 new confirmed cases were reported, thought to be the highest number recorded on a single day since the start of the epidemic.

Health experts warn that suspicion and rumours – such as that Ebola is being exploited by agencies for financial reasons – are rife. The response to the outbreak, which coincided with long-delayed elections, has also been politicised after voting was suspended in Ebola-affected areas. More than a quarter of people surveyed in such areas said they do not not believe Ebola exists.

The reluctance of private facilities or traditional healers to refer patients to specialist Ebola treatment centres has also contributed to case numbers.

In February, clinics run by Médecins Sans Frontières in Katwa and Butembo were attacked, forcing the agency to suspend work in both areas. The temporary abeyance of Ebola work following such violence may have contributed to rising number of cases over recent weeks, said Dr Inger Damon, co-lead of the Ebola response for the Centers for Disease Control and Prevention.

“The increase in cases over the past two to three weeks has certainly been such that people are quite concerned,” said Damon.

“This is the moment where we really have to look at the approach and see what we can change,” said Natalie Roberts, emergency operations manager for MSF. “[This means] working more with communities, and trying to integrate into existing health systems – not having a parallel Ebola system. That would be a lot more acceptable [to communities], but also a lot more effective at finding cases early.”

Roberts added that other possibilities were under consideration, including the introduction of a second vaccine and post-exposure therapy.

“What we would like is also be able to give some post-exposure prophylaxis [post-exposure treatment] to family members,” said Roberts. “We think it could probably have an effect.”

Roberts added: “The two biggest [risk factors] we are seeing is having someone [with Ebola] within your family – because you’re close to them in the household and you tend to be caring for them when they’re sick. The other big one is transmission within a [general] health facility.