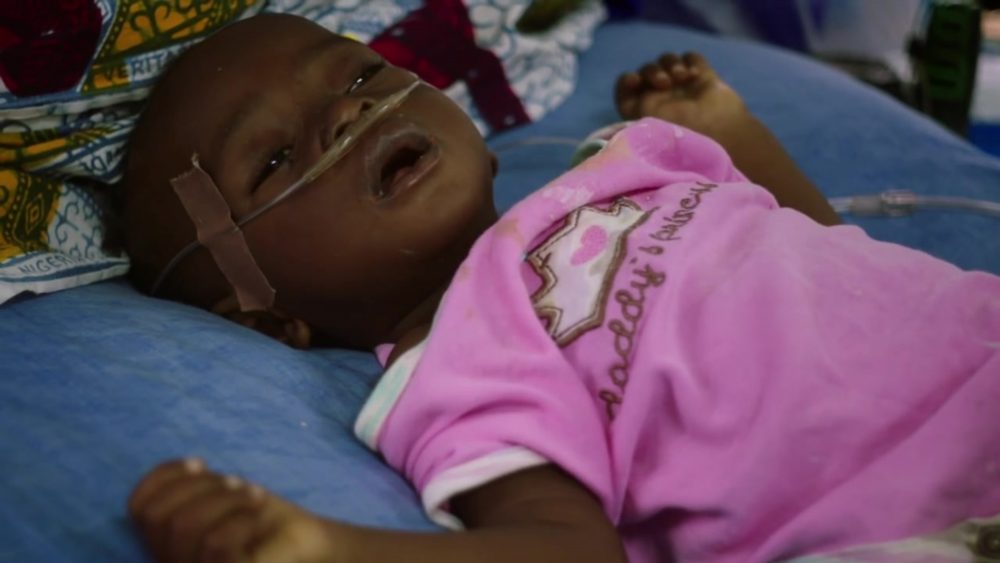 Malaria is caused by Plasmodium parasites. The parasites are spread to people through the bites of infected female Anopheles mosquitoes, called "malaria vectors

Malaria is an acute febrile illness. In a non-immune individual, symptoms usually appear 10–15 days after the infective mosquito bite. The first symptoms – fever, headache, and chills– may be mild and difficult to recognize as malaria. If not treated within 24 hours, P. falciparum malaria can progress to severe illness, often leading to death.

In 2015, nearly half of the world’s population was at risk of malaria. Most malaria cases and deaths occur in sub-Saharan Africa.

Some population groups are at considerably higher risk of contracting malaria, and developing severe disease, than others. These include infants, children under 5 years of age, pregnant women and patients with HIV/AIDS, as well as non-immune migrants, mobile populations and travellers. National malaria control programmes need to take special measures to protect these population groups from malaria infection, taking into consideration their specific circumstances.

In areas with high transmission of malaria, children under 5 are particularly susceptible to infection, illness and death; more than two thirds (70%) of all malaria deaths occur in this age group. Between 2010 and 2015, the under-5 malaria death rate fell by 29% globally. However malaria remains a major killer of children under five years old, taking the life of a child every two minutes.

In most cases, malaria is transmitted through the bites of female Anopheles mosquitoes. There are more than 400 different species of Anopheles mosquito; around 30 are malaria vectors of major importance. All of the important vector species bite between dusk and dawn. The intensity of transmission depends on factors related to the parasite, the vector, the human host, and the environment.

Transmission is more intense in places where the mosquito lifespan is longer (so that the parasite has time to complete its development inside the mosquito) and where it prefers to bite humans rather than other animals. The long lifespan and strong human-biting habit of the African vector species is the main reason why nearly 90% of the world’s malaria cases are in Africa.

Long-lasting insecticidal nets (LLINs) are the preferred form of insecticide-treated mosquito nets (ITNs) for public health programmes. In most settings, WHO recommends LLIN coverage for all people at risk of malaria. The most cost-effective way to achieve this is by providing LLINs free of charge, to ensure equal access for all. In parallel, effective behaviour change communication strategies are required to ensure that all people at risk of malaria sleep under a LLIN every night, and that the net is properly maintained.

Indoor residual spraying (IRS) with insecticides is a powerful way to rapidly reduce malaria transmission. Its potential is realized when at least 80% of houses in targeted areas are sprayed. Indoor spraying is effective for 3–6 months, depending on the insecticide formulation used and the type of surface on which it is sprayed. In some settings, multiple spray rounds are needed to protect the population for the entire malaria season.

Antimalarial medicines can also be used to prevent malaria. For travellers, malaria can be prevented through chemoprophylaxis, which suppresses the blood stage of malaria infections, thereby preventing malaria disease. For pregnant women living in moderate-to-high transmission areas, AHO recommends intermittent preventive treatment with sulfadoxine-pyrimethamine, at each scheduled antenatal visit after the first trimester. Similarly, for infants living in high-transmission areas of Africa, 3 doses of intermittent preventive treatment with sulfadoxine-pyrimethamine are recommended, delivered alongside routine vaccinations.

AHO recommends Seasonal Malaria Chemoprevention as an additional malaria prevention strategy for areas of the Sahel sub-region of Africa. The strategy involves the administration of monthly courses of amodiaquine plus sulfadoxine-pyrimethamine to all children under 5 years of age during the high transmission season.

Much of the success in controlling malaria is due to vector control. Vector control is highly dependent on the use of pyrethroids, which are the only class of insecticides currently recommended for ITNs or LLINs.

However, malaria-endemic areas of sub-Saharan Africa and India are causing significant concern due to high levels of malaria transmission and widespread reports of insecticide resistance. The use of 2 different insecticides in a mosquito net offers an opportunity to mitigate the risk of the development and spread of insecticide resistance; developing these new nets is a priority. Several promising products for both IRS and nets are in the pipeline.

Detection of insecticide resistance should be an essential component of all national malaria control efforts to ensure that the most effective vector control methods are being used. The choice of insecticide for IRS should always be informed by recent, local data on the susceptibility of target vectors.

WHO recommends that all cases of suspected malaria be confirmed using parasite-based diagnostic testing (either microscopy or rapid diagnostic test) before administering treatment. Results of parasitological confirmation can be available in 30 minutes or less. Treatment, solely on the basis of symptoms should only be considered when a parasitological diagnosis is not possible.

Resistance to antimalarial medicines is a recurring problem. Resistance of P. falciparum to previous generations of medicines, such as chloroquine and sulfadoxine-pyrimethamine (SP), became widespread in the 1950s and 1960s, undermining malaria control efforts and reversing gains in child survival.

AHO recommends the routine monitoring of antimalarial drug resistance, and supports countries to strengthen their efforts in this important area of work.

Surveillance entails tracking of the disease and programmatic responses, and taking action based on the data received. Currently many countries with a high burden of malaria have weak surveillance systems and are not in a position to assess disease distribution and trends, making it difficult to optimize responses and respond to outbreaks.

Stronger malaria surveillance systems are urgently needed to enable a timely and effective malaria response in endemic regions, to prevent outbreaks and resurgences, to track progress, and to hold governments and the global malaria community accountable

Malaria eradication is defined as the permanent reduction to zero of the worldwide incidence of malaria infection caused by human malaria parasites as a result of deliberate activities. Interventions are no longer required once eradication has been achieved.

The rate of progress in a particular country will depend on the strength of its national health system, the level of investment in malaria control, and a number of other factors, including: biological determinants, the environment, and the social, demographic, political, and economic realities of a particular country.

In countries with high or moderate rates of malaria transmission, national malaria control programmes aim to maximize the reduction of malaria cases and deaths.

As countries approach elimination, enhanced surveillance systems can help ensure that every infection is detected, treated and reported to a national malaria registry. Patients diagnosed with malaria should be treated promptly with effective antimalarial medicines for their own health and to prevent onward transmission of the disease in the community.

RTS,S/AS01 (RTS,S) – also known as Mosquirix – is an injectable vaccine that provides partial protection against malaria in young children. The vaccine is being evaluated in sub-Saharan Africa as a complementary malaria control tool that potentially could be added to (and not replace) the core package of WHO-recommended preventive, diagnostic and treatment measures.

AHO provides a technical framework for all malaria-endemic countries. It is intended to guide and support regional and country programmes as they work towards malaria control and elimination.

The Strategy sets ambitious but achievable global targets, including:

It is based on 3 key goals:

Budget for AHO Action Plan on Malaria control and Elimination