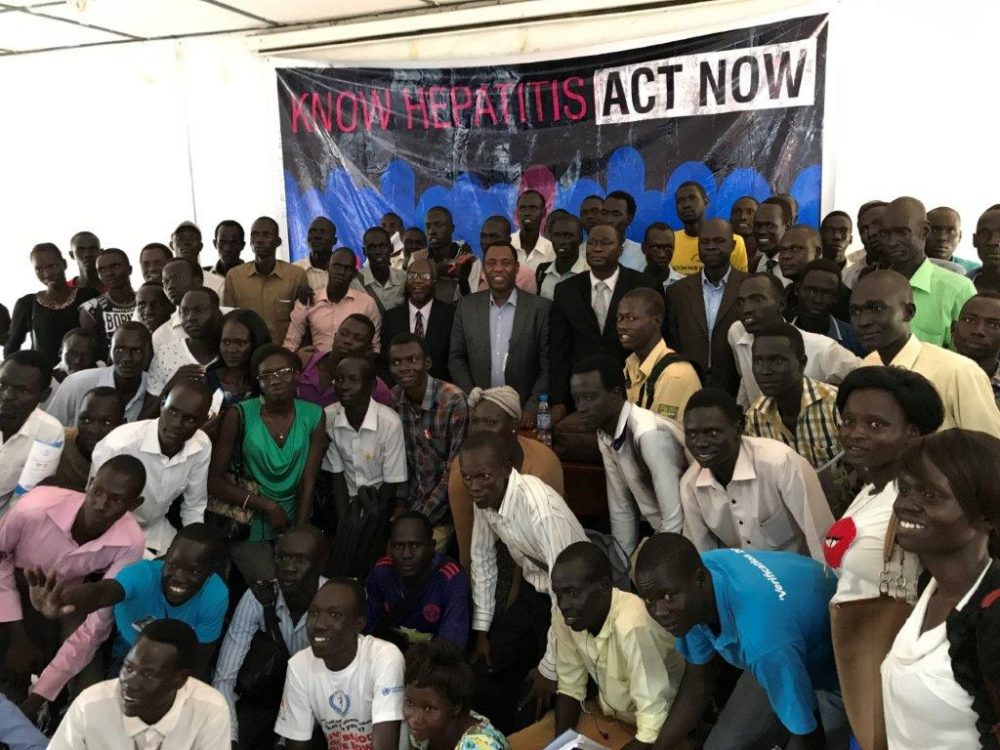 Hepatitis D is a liver disease in both acute and chronic forms caused by the hepatitis D virus (HDV) that requires HBV for its replication.

Hepatitis D is a liver disease in both acute and chronic forms caused by the hepatitis D virus (HDV) that requires HBV for its replication. Hepatitis D infection cannot occur in the absence of hepatitis B virus. HDV-HBV co-infection is considered the most severe form of chronic viral hepatitis due to more rapid progression towards liver-related death and hepatocellular carcinoma.

A vaccine against hepatitis B is the only method to prevent HDV infection.

It is estimated that globally, approximately 5% of people with chronic HBV infection are co-infected with HDV, resulting in a total of 15 – 20 million persons infected with HDV worldwide. High-prevalence areas include Africa (Central and West Africa), Asia (Central and Northern Asia, Viet Nam, Mongolia, Pakistan, Japan, and Chinese Taipei), Pacific Islands (Kiribati, Nauru), Middle East (all countries), Eastern Europe (Eastern Mediterranean regions, Turkey), South America (Amazonian basin), and Greenland. However, the global estimation and geographic information are incomplete because many countries do not report the prevalence of HDV.

The routes of HDV transmission are the same as for HBV: percutaneously or sexually through contact with infected blood or blood products. Vertical transmission is possible but rare. Vaccination against HBV prevents HDV coinfection, and hence expansion of childhood HBV immunization programmes has resulted in a decline in hepatitis D incidence worldwide.

Acute hepatitis: simultaneous infection with HBV and HDV can lead to a mild-to-severe or even fulminant hepatitis, but recovery is usually complete and development of chronic hepatitis D is rare (less than 5% of acute hepatitis).

Chronic HBV carriers are at risk for infection with HDV.

People who are not immune to HBV (either by natural disease or immunization with the hepatitis B vaccine) are at risk of infection with HBV which puts them at risk of HDV infection.

High prevalence in persons who inject drugs (PWID) suggest that injecting drug use is an important risk factor for HDV co-infection.

Migration from high HDV prevalence countries to lower prevalence areas might have an effect on the epidemiology of the host country.

HDV infection is diagnosed by high titres of Immunoglobulin G (IgG) and Immunoglobulin M (IgM) anti-HDV, and confirmed by detection of HDV RNA in serum.

However, HDV diagnostics are not widely available and there is no standardization for HDV RNA assays, which are used for monitoring response to antiviral therapy.

Current guidelines generally recommend Pegylated interferon alpha for at least 48 weeks irrespective of on-treatment response patterns. The overall rate of sustained virological response is low, however, this treatment is an independent factor associated with a lower likelihood of disease progression.

Liver transplantation may be considered for cases of fulminant hepatitis and end-stage liver disease. New therapeutic agents and strategies are needed, and novel drugs, such as prenylation inhibitor or HBV entry inhibitors, have shown early promise.

AHO does not have specific recommendation on hepatitis D, however prevention of HBV transmission by hepatitis B immunization, safe injection practices, blood safety, and harm reduction services with clean needles and syringes, are effective in preventing HDV transmission.

AHO strategy has a vision of eliminating viral hepatitis as a public health problem and this is encapsulated in the global targets of reducing new viral hepatitis infections by 90% and reducing deaths due to viral hepatitis by 65% by 2030. Actions to be taken by countries and AHO Secretariat to reach these targets are outlined in the strategy.

To support countries in moving towards achieving the global hepatitis goals under the Sustainable Development Agenda 2030 AHO is working in the following areas:

Please donate and lets fight against Hepatitis D together